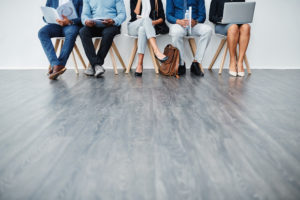 Let’s start by looking at some long-term labor trends. And before you go, please take a few minutes to fill out our subscriber survey.

Out sick. Lack of employees is the biggest obstacle to growing companies these days, many private equity investors have told PE Hub over the last year. A study out this morning confirms what many of us have known anecdotally – that the impact of covid on the labor pool is long term and not going away.

“Using an event study, we estimate that workers with week-long Covid-19 work absences are 7 percentage points less likely to be in the labor force one year later compared to otherwise-similar workers who do not miss a week of work for health reasons. Our estimates suggest Covid-19 illnesses have reduced the U.S. labor force by approximately 500,000 people (0.2 percent of adults) and imply an average forgone earnings per Covid-19 absence of at least $9,000, about 90 percent of which reflects lost labor supply beyond the initial absence week.”

“If we stay where we are with Covid infection rates going forward, we expect that 500,000-person loss to persist until either exposure goes down or severity goes down,” Soltas told the Wall Street Journal.

This year, PE Hub has seen many PE firms invest in companies that aim to help recruit, retain and train employees. Halifax, HCAP, Infinedi, Littlejohn and TA Associates are among the recent buyers.

Growth fund. “Even as the market turns on tech-focused growth deals struck at skyhigh valuations over the past year, growth shops flush with capital are eyeing potential valuation and prices that have been available for years,” wrote Buyouts’ Chris Witkowsky. “In this environment, Thoma Bravo, in recent years a fundraising machine, is eyeing a final close on its debut growth pool on at least $2 billion, sources told Buyouts. The fund had raised about $1.5 billion as of December, according to a Form D fundraising document.”

Chris continued: “Thoma Bravo Growth Fund has been quietly marketing to a select group of limited partners. The fund started investing and is expected to have a final close later this year. Because of the pace of deployment, Thoma’s growth team could launch Fund II sometime in the first half of 2023, sources said.”

The tech-focused firm – which has offices in San Francisco, Chicago, Miami and recently opened one in London – was extremely active in dealmaking last month, as PE Hub reported.

For more on the firm’s blockbuster August, see my earlier story.

26North Partners will initially focus on private equity, credit and insurance, and will launch with at least $5 billion in AUM, according to a statement.

As our colleagues at PEI point out, Harris is joined by Mark Weinberg, who led Brookfield’s US PE business, and Brendan McGovern, former head of Goldman’s private credit group, as part of a more than 40-strong team that includes former Blackstone, Centerbridge Partners and Apollo executives.

Harris disclosed in May last year that he was stepping down to return to his roots as an investor, after fellow co-founder Marc Rowan was tapped to take over from Leon Black as CEO.

Let us know how we’re doing at the survey here.

And, as always, you can reach out to me at mk.flynn@peimedia.com

I’ll be back with more tomorrow.

Happy dealmaking until then,
MK