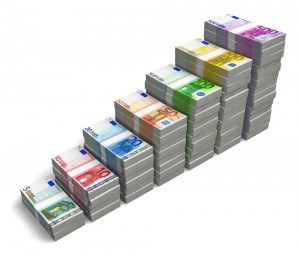 CPP Investment Board, which manages Canada’s national pension fund, said its assets rose to C$161.6 billion ($160.2 billion), for the year ended March 31, making it the seventh-largest pension fund in the world, as its investment portfolio returned 6.6 percent, according to Reuters.

CPPIB continues to diversify into Asia and Latin America and India, but is also still very much focused on Europe. Following the release of the fund manager’s fiscal 2012 results Reuters wrote that incoming chief executive Mark Wiseman said Europe is generally unattractive for investment, but there are still pockets such as essential infrastructure where there is the opportunity for attractive investments.

The proof is also in the private equity pudding with CPPIB making its largest 2011 vintage commitment to a European buyout behemouth. Also featuring in the pension fund’s 2011 vintage portfolio are a China, France and Australia-focused fund.

Those funds that posted the highest multiples for the pension fund for the period to 31 December, 2011 also include European buyout veteran Advent International with its 2001 vintage Advent International GPE Fund IV posting a multiple of 2.9x and its 2005 vintage posting a 2.3x multiple. PAI Partners’ 2001 vintage PAI Europe III came in third place in terms of fund multiple with 2.7x. US-based Onex Partners’ 2003 vintage posted the second highest multiple at 2.8x for the period and the 2004 Hellman & Friedman Capital Partners V posted a multiple of 2.4x.

Scroll down today’s slideshow to find out what 2011 funds CPPIB placed its bets on last year.

Fund Strategy: Seeks to invest in majority control positions in primary buyouts of French mid-market companies, in all sectors with a transaction size between €30 million and €300 million enterprise value, with typical equity investments of €20 million to €100 million.

Fund Strategy: Focused on buyouts of businesses with enterprisevalue of between $200 million and $700 million. A broad investment mandate allowing investment in businesses in any commercial sector, with the exception of those that are property related or based on commercially unproven technology.

Fund Strategy: Specialised in investments in the travel and leisure businesses