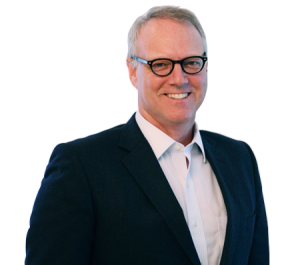 André Bourbonnais is the senior vice-president of private investments at the $193 billion Canada Pension Plan Investment Board (CPPIB). He’s responsible for the public pension fund’s $48 billion in private equity, private debt and infrastructure holdings, and its strategy of backing funds, making co-investments, and undertaking direct deals.

CPPIB last month teamed up with Ares Management to buy luxury department store chain Neiman Marcus for $6 billion. It’s a reminder (if we needed one) of CPPIB’s role as a formidable deal-maker in the global PE market.

Recently, peHUB editor Chris Witkowsky and I had a chance to speak with Bourbonnais about his take on today’s deal opportunities. We found that while his group of 136 investment pros are never at rest, CPPIB is stepping carefully in a market it sees as increasingly over-heated.

CPPIB president and CEO Mark Wiseman has expressed concern about aggressive deal pricing in the global PE market. Do you share his concern?

Bourbonnais: Yes, I do. I have recently had conversations with some of CPPIB’s partners about this issue, and about where to find good deal opportunities. There is wide agreement that it’s hard to find deals that are priced correctly in the current environment. And we’re not prepared to bid aggressively when the market is this frothy. For this reason, we haven’t done as much this year – apart from Neiman Marcus and our investment in ista International – as in prior years. Maybe the best opportunities right now are exits. However, we’re always looking at new investments, and there are things of interest in certain regions and sectors. We think there might be attractive investments for our private debt platform in Europe, for example. And we’ve remained active in global infrastructure because we believe there are excellent prospects for long-term returns.

Why was Neiman Marcus an attractive deal for CPPIB? How is the company likely to perform in the months ahead?

Bourbonnais: CPPIB has over time developed expertise investing in retail and consumer products sectors – we know the space well. We have been involved with successful discount retailers, such as 99 Cents Only Stores and Dollar General, and also those with a more upscale commercial focus. Ares, our partner in the 99 Cents and Neiman Marcus acquisitions, is also strong in the sector. In my view, companies like Neiman Marcus don’t come along every day. We entered a limited auction process and discovered a business that had emerged very strongly from the recession. Due to the financial crisis, its former private equity owners (TPG and Warburg Pincus) were not able to implement all of their initiatives, and left us with what we believe is a fair amount of upside. Now that the recovery is taking hold, and people are feeling more confident about the sustainability of that recovery, we believe Neiman Marcus is in a good place to grow. We’re happy to own such an iconic brand.

CPPIB has developed a significant presence in global PE secondaries. How active are you in this market and do you plan to increase exposure?

Bourbonnais: We like the secondaries business for many reasons. We like the fact that opportunities are more transparent, and offer built-in downside protection. In addition, you can see different market cycles at work in secondary deals. CPPIB focuses on buying both LP interests and direct investments in operating companies. Coming out of the last cycle, it’s possible that there are more opportunities in the direct space, though recent deal-making has been lumpy and a lot depends on timing. When it comes to directs, we prefer to back GP teams in which CPPIB has confidence. A good example is our $468 million buy last March of a portfolio of food sector assets from HM Capital Partners – we subsequently formed a new fund, Kainos Capital, which is managed by HM’s former food investment team. CPPIB has assembled a secondaries team that focuses on a range of international transactions. They access in-house intelligence to locate opportunities in the $25 billion of deal volume that’s currently getting done every year.

How does CPPIB manage the balance between backing funds and making direct investments? Is it roughly a 50:50 split?

Bourbonnais: The 50:50 split on a capital investment basis is more of an ideal – we currently have around $23 billion in commitments to funds, and around $10 billion in direct investments. Ultimately, the balance does not matter much regarding the issue of fees – we don’t emphasize direct investments simply as a way of lowering overall fees. CPPIB has a total of 60 fund partners at the present time, and they’re important to us because they invest in opportunities we might not find on our own. Their market activity also feeds into the direct deals business. CPPIB is highly selective of its partners, as we want to be able to take large stakes in funds and deploy a lot of capital. So we won’t be abandoning the fund business anytime soon.

Are your commitments to new or existing PE fund partners increasing, slowing or staying the same?

Bourbonnais: Our commitment flows tend to move pretty steadily, regardless of circumstances in the market. However, our activity is obviously subject to fund-raising cycles as a whole. Generally speaking, we’re focused on getting access to top-quartile partnerships. We prefer funds sized at a minimum of $750 million in developed markets, with CPPIB making a minimum commitment of $75 million. So our activity tends to be tilted toward large buyout and growth-equity funds.

Recent surveys show that private debt opportunities are increasingly popular among LPs. CPPIB pioneered its own internal platform in 2008. How has it fared?

Bourbonnais: We’re very proud of our private debt platform – so far as I know, there is nothing else like it anywhere in the global institutional investor community. It was created to give CPPIB options on the private side of a deal’s capital structure at all levels – not just private equity. Over the past five years, we have deployed close to $12 billion in direct investments in leveraged loans, high yield bonds, mezzanine and other types of credit. Much of this activity took place during the credit crunch, so we are experiencing a lot of distributions now. Because credit is more available today, we are being selective about new opportunities. We are not keen to do covenant-light loans. Last year’s agreement to provide Formula One with $400 million in debt financing is an example of the kinds of things we are interested in looking at now. We believe we have developed a high degree of trust with issuers because we were there when the liquidity markets dried up.

CPPIB has been quite active in natural resources sectors, like oil and gas. Does that remain a priority area of interest?

Bourbonnais: We have not done many deals recently, but I would like to see more of this activity in future. Investments in oil and gas are scalable, capital-intensive opportunities, and they give CPPIB the chance to make some substantial deployments. Energy is a space we like, so I believe we need to dedicate more resources to it. There are also opportunities in mining and agriculture that we wish to explore. I’ve asked our natural resources team to look into deal flow and strategies for creating more exposure.

André Bourbonnais has more than 20 years of experience in the investment world. Prior to joining CPPIB in 2006, he was a senior executive at the Caisse de dépôt et placement du Québec. He was born in Trois-Rivières, Québec, was educated at the London School of Economics and the University of Ottawa, and is an enthusiast of flying and skiing.