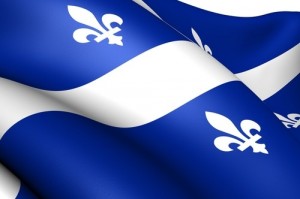 Capital régional et coopératif Desjardins (CRCD), a private equity and venture capital fund managed by Desjardins Capital de risque, has been authorized by the Québec government to undertake up to $135 million in tax-supported retail fundraising in 2016-2017. An announcement was also made concerning changes in fund governance. Among other changes, CRCD’s board will in future reflect majority representation by independent directors; selection of the chair will be made by the independent directors; and term limits will be introduced. Montréal-based CRCD manages about $1.6 billion in net assets.

Montréal – “I want to thank the government of Québec for its renewed confidence in Capital régional et coopératif Desjardins (CRCD). It allows us to continue fulfilling our unique mission to promote economic development for the regions and for cooperatives.”

Marie-Claude Boisvert, Chief Operating Officer of Desjardins Business Capital régional et coopératif, reacted with pleasure to announcements concerning CRCD in the Budget Speech delivered yesterday by Minister of Finance Carlos Leitão. The announcements focused in particular on the authorized amounts of $135 million for the 2016 and 2017 issues, the tax credit rate now set at 40%, and changes in governance for CRCD.

“This decision by the government to authorize issues of $135 million in 2016 and 2017 enables CRCD to continue to value and nurture the best of Québec entrepreneurship. Without this decision, CRCD would have been limited in 2016 by its constituting act to issuing an amount equal to the redemptions that occurred during the last issue period, which was some $67 million.”

Jacques Plante, Chairman of the Board of CRCD, noted that “The changes announced regarding governance are in keeping with the best practices that CRCD had already implemented. New amendments will be made to the Act to harmonize with the other tax-advantaged funds. The proposed legislative amendments will provide for a gradual implementation of these new rules.”

The Board of Directors will be made up of a majority of independent directors, with six out of thirteen (rather than eight) to be appointed by Desjardins Group.

Furthermore, the Chairman of the Board will be chosen by the directors who qualify as independent persons. Finally, to ensure a balance between stability in the Board of Directors and renewal of skills, the term of office of each director will be limited.

As the General Manager of CRCD is automatically a member of the Board of Directors, the person in that position will be required to meet pre-established criteria so that his or her duties are carried out independently.

The annual maximum subscription amount per person will be maintained at $3,000 to ensure greater accessibility. Québec investors interested in buying CRCD shares must complete the secure online form (www.desjardins.com/investcrcd) during the three-week pre-subscription period from 9 a.m. on Tuesday, September 6, 2016 to 9 a.m. on Monday, September 26, 2016. Investors with no Internet access may stop by the caisse of their choosing for assistance completing the form. Investors are not required to be or to become a member of a Desjardins caisse to subscribe for CRCD shares.

Two different scenarios based on the pre-subscriptions recorded

At the end of the pre-subscription period, if share demand exceeds the authorized capitalization amount of $135 million for the issue, investors will be selected at random from the pool of completed online forms for the caisse to review the pre-subscriptions. The investors selected will be offered an appointment between October 11, 2016 and November 25, 2016 to make a formal application for subscription and verify if the product is suited to their situation. Investors who are not selected will be informed by letter or email.

If share demand is less than $135 million at the end of the pre-subscription period, all investors who filled out the online form will be contacted by a caisse to set up an appointment between October 11, 2016 and November 25, 2016. After that period, investors may request an appointment directly from a caisse before February 28, 2017 or until the authorized amount has been fully reached.

With more than 102,000 shareholders, Capital régional et coopératif Desjardins (CRCD) is a public company with $1,642 million in net assets. CRCD contributes to Québec economic development through several levers developed with its manager, Desjardins Business Capital régional et coopératif. These levers, with CRCD as the driving force, form its entrepreneurial ecosystem designed to value and nurture the best of Québec entrepreneurship. Directly or indirectly through its ecosystem, CRCD supports the growth of over 400 businesses, cooperatives and funds in various industries spanning all Québec regions, helping to create and retain 67,500 jobs. (www.capitalregional.com)