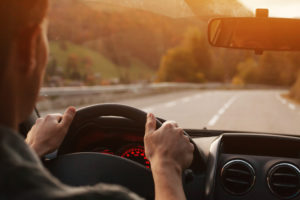 Crestview Partners has bought a majority stake in AutoLenders, an omni-channel buyer and seller of used vehicles aiming to drive growth through its dealership showrooms.

The deal, which closed on April 15, was a result of a three-year relationship the firm maintained with AutoLenders’ founder and CEO, Mike Wimmer. Crestview explored buying the company in 2018 but Wimmer wasn’t ready to sell, said Dan Kilpatrick, partner & head of financial services at the PE firm.

The investment will be used to put more AutoLenders dealerships on the map with the aim of increasing car sales and fueling growth in other parts of the business, such as virtual car buying, trade-ins and leasing sales, said partners Kilpatrick and Alex Rose.

“We’ve seen how powerful and accretive it is to grow dealerships with Camping World,” Kilpatrick said.

AutoLenders has largely driven sales through its online presence. “Customers will go to websites like AutoLenders and Carvana and see what inventory is available, do some comparison and then go into the physical location,” said Rose, co-president at the firm.

The used-car market witnesses notably low e-commerce penetration, according to Crestview. AutoLenders will continue offering consumers an opportunity to transact online even though most buyers prefer to see, feel and drive vehicles before making a significant purchase, Rose noted.

Opened in 1990, AutoLenders – unlike competitors – buys its cars directly from consumers in place of auctions. CAL Automotive retains many vehicles as they come off the lease and AutoLenders Go, which offers both virtual and in-person appraisals, purchases used cars and accepts trade-ins.

The differentiation in sourcing kept Crestview hooked. “We have decades worth of data on [car leasers] that we can leverage,” Rose said.

Crestview first engaged on the deal opportunity last fall through a conversation with UBS, sell-side advisor on the deal. The investment bank was prepared to run an auction process in the first quarter if Crestview did not strike a deal, Rose said.

Ultimately, having made a connection pre-pandemic paid off for Crestview. “I don’t think it would have been possible if we didn’t start building the relationship earlier,” Rose said.

A transaction was signed in February following the November LOI.