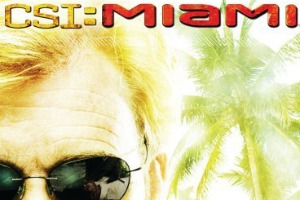 Below is an example of a newish feature in Buyouts magazine, Need to Sell?, which is basically a mini-profile of a company that, judging by how long its been in its sponsor’s portfolio, should be ripe for a sale and hence a potential deal opportunity. This an updated version of the Jan. 16 edition’s feature.–BV

Charlesbank Capital paid an undisclosed amount for the St. Louis, Mo.-based company. The investment came out of the firm’s fifth fund, a $590 million pool of capital raised back in 2000, according to Capital IQ. In 2001, the company reported revenue of $577 million, up from $521 million in 2000, according to a 2002 Buyouts article on Charlesbank Capital’s acquisition of the company.

On its Web site, Charlesbank Capital characterizes the company as “one of the largest independent IT leasing companies in the world, generating annual revenues of nearly $270 million,” which suggests that the company’s revenues have taken a dive, although that could reflect asset sales. The company has more than 30 sales offices in the U.S., Canada, Mexico, Brazil, Costa Rica, Germany and Great Britain, the site says.

Under Charlesbank Capital’s ownership, the company has completed at least four acquisitions, two of which came in 2011, according to Capital IQ. In September, it bought Fortis Lease Czech s.r.o., a Prague-based company. And in February of last year, CSI Leasing bought Academic Capital Group Inc., a Chicago-based company, now called CSI Government and Education Finance, that provides public finance and lease origination services for equipment manufacturers and distributors and other customers. The other two acquisitions came in 2010 and 2007.

The company also recently expanded into Italy, establishing an entity called CSI Lifecycle Services Italia Srl, according to a Jan. 3 report in the St. Louis Business Journal Online. A Chilean division, meanwhile, expected sales to spike to $10 million in 2011 from $1 million in 2010, according to a March 24 report in Business News Americas. According to that article, CSI Leasing maintains contracts with manufacturers such as Cisco, Dell, and Lexmark.

It’s unclear why Charlesbank Capital continues to hold the company. The Buyouts article in 2002 offers one possible challenge for the investment early on: While capital from Charlesbank Capital would be used to expand CSI Leasing’s sales efforts, “revenue figures in 2002 may be hindered by a slumping economy that has seen companies extend their hold times on IT equipment,” the article said.

Charlesbank Capital is investing from its seventh fund, a $1.5 billion vehicle raised in 2009.