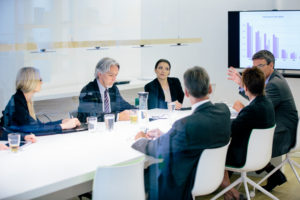 Hey Hubsters, it’s Aaron here on the Wire filling in for MK while she is on a much deserved vacation.

Healthcare activity. I had the chance to talk with Jonathan Norris, managing director for business development in Silicon Valley Bank’s healthcare practice, on the blurring lines between venture and growth in healthcare PE.

It comes as no surprise that over the last couple of years, larger institutional funds and private funds have been “coming down” into the venture world to invest in deals, especially in health tech.

“These players were investing into new technologies and models that they were really excited about,” he said. “But in order to get into these deals, because this was during 2020 and 2021, and there were a lot of people trying to put money into these companies, they needed to write big checks at big valuations to get a piece of the best deals. That’s what happened over the last two years. This year, you’re definitely seeing a slowdown in that type of activity, but they haven’t gone away.”

Norris also noted that these private and large institutions are getting in as early as Series A in the first half of 2022, which to him is “intriguing to see.”

Norris believes that those firms are clearly saying that they want to get in even earlier and there are many reasons as to why they want to do that.

“It’s not just a high valuation, big check writing game, it’s getting involved at the earlier stages and being a key supporter with dry powder going forward,” said Norris. “I think that’s one change I am seeing in terms of larger PE funds getting into health-tech.”

He said the first half of this year was a function of less activity by these larger players and they also haven’t exited the healthcare scene at all.

“They’re just doing less deals, maybe 60 to 75 percent reduction in the number of the deals that you saw in previous years,” he said.

Norris and I also chatted about the healthcare exit environment and the blurred lines between PE and VC when it comes to healthcare investing and other trends that he is seeing in the healthcare world. I will have a story coming out with the rest of our conversation later this week.

Healthcare tech. Speaking of healthcare tech, my cohort across the pond Nina Lindholm of PE Hub Europe covered CVC Capital Partners’ investment in Spectrum Medical. Spectrum is based in Gloucester in the UK and develops high-performance medical technologies in the cardiac bypass and ICU sectors. The company is focused on providing technologies that include quantum perfusion systems, quantum informatics and quantum sterile technologies, wrote Nina.

“Healthcare is a resilient sector, but its requirements are increasing, with scarcity in supply and labour bringing challenges,” said Cathrin Petty, managing partner and head of healthcare at the firm. “However, these factors are driving deals in the sector.”

“Off the back of covid, we’ve seen an acceleration of demand for better technology and also a constraint in terms of the supply and labour,” she said. “As a consequence, we’ve seen an increased interest into the space and a lot of new entrants.”

Industrial manufacturing. My fellow US, PE Hub colleague Obey Martin Manayiti wrote a piece about how demand for deals in the industrial manufacturing sector are being underpinned by digital transformation, commonly referred to as Industry 4.0, is opening vast opportunities for PE firms in North America. Obey spoke with John May, managing partner at CORE Industrial Partners about the accelerated deal flow in the sector.

“We are very bullish on North America,” May said, adding, “we think this is one of the best times in our history to invest back into the North American industrial base. A lot of technology shifts are happening that are in favor of companies like this one and others in our portfolio.”

ESG. Thoma Bravo poached ex-Google head of global credit and ESG Donna Riley Bebb, according to various reports. The firm created a new role of head of ESG, which Bebb will fall into.

I am sure this will not be the last time we hear of a major firm creating a head of ESG role. For all you non-believers: ESG is here to stay, and climate change is a serious and real threat.

That is all I got for you today. Buyouts’ Chris Witkowsky is on-deck for tomorrow. I will be back on Friday, as per usual. Until then…