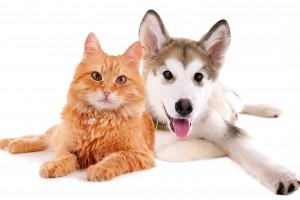 (Reuters) — Private equity firm CVC Capital Partners Ltd and Canada Pension Plan Investment Board (CPPIB) are nearing a deal to acquire Petco Holdings Inc, valuing it at around $4.7 billion, including debt, according to people familiar with the matter.

CVC’s and CPPIB’s consortium outbid other buyout firms in an auction for Petco and is now finalizing terms with the U.S. pet retailer’s owners, private equity firms TPG Capital LP and Leonard Green & Partners LP, the people said on Sunday.

The sources cautioned that the deal had not yet been finalized and asked not to be identified because the negotiations are confidential. TPG and CVC declined to comment, while Petco, CPPIB and Leonard Green did not immediately respond to requests for comment.

The deal comes at a challenging time for private equity firms because choppy leveraged finance markets have made it more difficult for them to secure the amount of debt that they are accustomed to in order to juice higher investment returns.

CVC and CPPIB have secured more than $3 billion in debt financing for the acquisition, some of the people added.

TPG and Leonard Green had also registered Petco with regulators for an initial public offering, which they would have proceeded with if offers for the company were far below their valuation expectations.

Petco also explored the possibility of being acquired by larger rival PetSmart Inc, but talks did not progress because the two sides could not agree on how to share the risk that antitrust regulators could require significant store divestitures, people familiar with the matter previously told Reuters.

PetSmart was taken private earlier this year by a buyout consortium led by BC Partners Ltd for $8.7 billion, including debt.

The U.S. pet industry, which includes food, supplies, veterinary services and non-medical services, was a $74 billion market in 2014 and is projected to grow to $92 billion in 2019, according to Petco’s IPO registration document.

Photo of cat and dog courtesy of Shutterstock