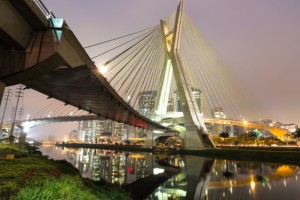 Australis Partners, a spin-out from the former Citi Venture Capital International, is preparing to hit the market with its debut fund for investments in Latin America, according to two people with knowledge of the firm.

Australis Partners Fund I is targeting $350 million, according to one of the sources. The fund does not appear to be officially in the market as fundraising documents have not gone out, but Australis has been talking to LPs, the sources said.

Fund I is aiming for a first close some time in the second quarter, the source said. Park Hill Group is working as placement agent on the fundraising.

The firm will seek investments in family businesses, one of the sources said. It is expected that Australis will focus on middle-market private equity deals like CVCI did.

Australis emerged from CVCI after that group’s acquisition by The Rohatyn Group, which occurred in 2013. The firm launched last year, although it’s not clear exactly when. Several of the firm’s partners list their start date with Australis as of last fall. Australis does not yet have a website.

Australis’s partners inlclude Enrique Bascur, Armando Borda, Cristian Celis, Alex Manzo and Juan Pablo Pallordet, according to a search of LinkedIn. Bascur was tapped as one of the senior leaders on the team after the Rohatyn acquisition.

CVCI was formed in 2001 and had invested more than $6 billion by the time it was acquired by Rohatyn. The team invested in middle-market businesses across emerging markets, including Latin America, Asia-Pacific, India, Africa, the Middle East and emerging Europe.

Citi sold CVCI as part of an overall divestment from alternatives over the past few years driven by regulatory pressure.