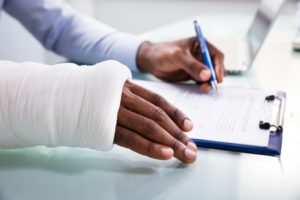 CVS Health’s Aetna health insurance unit is evaluating a sale of its Coventry workers’ compensation division, according to three people familiar with the matter.

Bank of America Merrill Lynch has been engaged for financial advice on a sales process, the people said.

Teasers have been distributed to a narrow group of potential bidders, two people said. An initial bid date is not certain.

The process is expected to encompass a limited group of parties including large buyout funds and PE-backed strategics, two of the people said. The business could attract interest from strategics such as specialty workers comp company MedRisk or claims and technology services firm Sedgwick, both of which are owned by Carlyle Group, one of the people said.

While the process is in its early stages, the people suggested Coventry could command a value anywhere from several hundred million dollars to upwards of $1 billion.

Aetna years ago mulled a sale of the assets, retaining BofA in 2014 to field offers, Reuters reported. The strategic review came about a year after Aetna completed its $5.6 billion acquisition of Coventry Health Care.

While private equity firms have been large participants in the consolidation of the workers’ comp industry, some have struggled.

Apax Partners’ One Call Care Management saw a huge loss of equity following the firm’s leveraged buyout of the company in 2013, which was reportedly valued at $2.2 billion to $2.3 billion.

One Call in October completed a recapitalization through an out-of-court restructuring, reducing its debt nearly $1 billion and its annual interest expense by approximately $90 million.

In connection with the transaction, a new investment of $375 million was made by existing One Call lenders KKR and GSO Capital Partners, Blackstone’s credit-focused investment arm, handing over control of the company to creditors.

Carlyle in December 2017 bought TA Associates-backed MedRisk, a managed care company specializing in physical rehab within workers’ comp, in a more than $1 billion deal, Buyouts reported. Carlyle in December completed its acquisition of Sedgwick in a transaction valued at $6.7 billion, providing an exit for KKR.

A CVS and Aetna spokesperson declined to comment, while BofA did not return a request for comment on Monday.