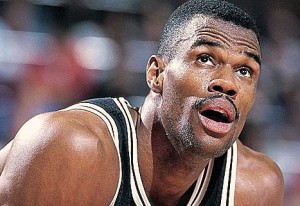 When it comes to raising his new fund, Hall of Fame basketball star David Robinson hit a trifecta, leveraging his fame as star for the San Antonio Spurs, his military ties (he attended the Naval Academy) to get seed funding from USAA, a firm with deep military roots, and his ties to Texas, which has huge institutional investors, such as the $104 billion Texas Teachers Retirement System, which just pledged $15 million to his new fund, according to peHUB sister magazine, Buyouts.

Fittingly named Admiral Capital Group after his on-court nickname, Robinson’s firm, which focuses on both private equity and real estate, is in the middle of raising its first fund. The firm, which was founded in 2007, is reportedly hoping to reach its $250 million fundraising target by summer’s end.

The money from Texas Teachers was pledged as part of its emerging managers program, a $1.7 billion pool that has made 80 commitments. The program aims to identify and develop promising early stage private equity firms in the hopes reaping outsized returns.

So far, the Admiral Capital Real Estate Fund has raised around $115 million, $50 million of which was pledged by the real estate arm of the United Services Automobile Association, the big insurance company, which is based in San Antonio.

Other investors, according to the San Antonio Express-News, include billionaire B.J. “Red” McCombs and the Spurs’ main owner, Peter Holt.

Leveraging its initial investments, Admiral has already bought five office, hotel and residential properties in Nevada, California and Texas. Ultimately, the firm wants to leverage those funds to buy $600 million in property, with the firm’s Web site saying each investment will be between $25 million and $100 million.

But one thing that sets the firm apart is that it plans to contribute 10 percent of profits to Robinson’s charity, the fittingly named the Admiral Foundation and the Carver Academy, a school that Robinson founded.

Pat Duncan, the chief executive of USAA Real Estate, told the Express-News that “if we like what we see, we’ll commit even more dollars,” adding, “It’s our goal to have a series of funds and for this to last many years.”