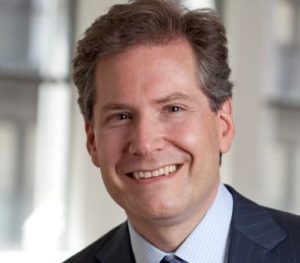 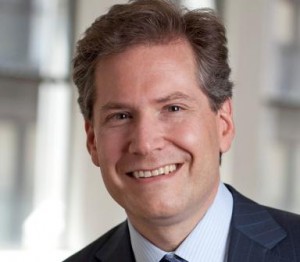 W Capital Partners this week said it had wrapped up its third fund earmarked for investments in the shares of venture-backed and sponsor-backed companies, also known as secondary directs. The final tally: $750 million. Sister magazine Buyouts caught up with Managing Director David S. Wachter on July 31 for five quick questions.

So David, congratulations on closing your new fund. What was it like raising money out there?

We started talking to existing investors in 2011. We did a dry close at the end of 2011, which gave us committed but not yet activated capital. We really didn’t begin fundraising until the first capital call in June 2012, and we wrapped up at our target and hard cap this week. About two-thirds of the capital came from existing investors, including Regents of the University of California, and the rest from new investors, including New Mexico Education Retirement Board.

What bucket did LPs put you in?

Nobody has an allocation bucket that we would fit perfectly in. Investors have to either pick growth equity or special situations or secondaries. At the end of the day it’s a strategy that offers the benefits of direct investing in growth companies with a shorter-duration holding period than other private equity strategies.

Tell us more about the investment strategy.

We look for sellers in four categories — general partners, financial institutions, corporations and founders. We invest in opportunities where a sub-set of these existing shareholders are looking for an exit in a different time frame than the rest of the shareholder base. There are also a significant number of companies where the existing investors — often financial sponsors — have successfully grown the business. However,  now may not be the optimum time for a recapitalization or a change-of-control exit. Those are opportunities where we can provide a solution that includes a partial exit and some growth capital. Once we’re an investor, we look to hold and continue supporting the company with follow-on capital for two to four years until a successful and natural change-of-control exit.

Do you consider yourself to be a player in the zombie fund market?

There are more than 1,000 partnerships that are reaching the end of their contractual lives in the next three years. We can assist funds both with exiting their remaining assets and in the form of fund restructuring.  We make a distinction between zombie funds and zombie firms. Every firm that’s been in business more than 10 years has a zombie fund. That doesn’t mean it’s a zombie firm on its last legs. A very significant part of our opportunity is with firms that are established, good firms looking for ways to liquidate their remaining assets. Within the last three months we got a call from a limited partner who just received stock certificates in a private company from a very stable and prominent general partner who was trying to wrap up a fund after 15 years. The LP asked us if we’d buy the stock because they really didn’t want it. It led to our discussing with the GP how they may have unintentionally burdened their LPs. Their goal was to close the partnership. But the LPs are now stuck with a security that’s hard to mark, and they have no intention of getting to know the underlying company. The GP realized that was a mistake. And they committed to working with us the next time.

Your 2008 vintage of $700 million is performing great. But investors are showing small losses on your 2004-vintage $250 million fund. What happened and what did you learn?

Two things happened. One is that we didn’t appreciate the challenges of misalignment of expectations among investors, particularly in cash-flow-negative deals, in terms of the timing of exits. On one extreme, we might have invested at a premium multiple of cost in a company performing extremely well. Within 12 months an offer might come in at our cost — not a desirable result — but we had limited ability to say no to other shareholders who wanted to sell. On the other extreme, we might have invested in a struggling company at a significant discount to existing investors. In that case we might have wanted to take advantage of an offer to buy the company but couldn’t convince other investors unwilling to take a loss. Those kinds of misalignments were exacerbated by the 2007 credit crisis, and by the fact we were typically buying 5 percent or less of each company. With a $750 million fund, we expect to own between 5 percent and 30 percent of each business, with substantial capital in reserve so we can better maintain our rights and have more of a role in the companies by participating as directors or observers on the boards.

Edited for clarity. This column originally appeared on the website of Buyouts Magazine.