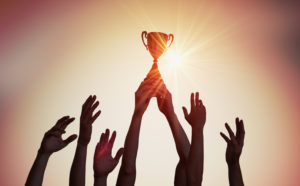 It’s Deal of the Year Day! Our winning transaction was Thoma Bravo’s sale of Ellie Mae, a bet the firm made at a time when investors were shying away from housing amid volatility caused by the fear of rising interest rates. See more below.

Inflate: With government stimulus pouring into the economy, and business activity on a steady rise as the world slowly reopens, are you worried about inflation?

We’ve been asking GPs how inflation concerns are factoring into their deal modeling and due diligence for new transactions. It seems the level of concern depends on investment focus, at least for now. Firms that invest in industrial and manufacturing are seeing “signals” of potential rising inflation with rising raw materials prices and the ability to increase their own prices without much pushback.

Unemployment remains high, and so that’s tempering the fears of inflation. But as business activity continues to recover, that situation could quickly change.

“It’s something we try to price in, how would inflation impact our businesses? In a lot of ways, it’s positive, we’re seeing pricing power in the companies we own, the ability to raise prices on customers, that’s going up right now,” according to one GP I spoke to recently.

What do you think, how are you factoring inflation risks into your deal calculations? Hit me up at cwitkowsky@buyoutsinsider.com.

Big one: Welsh, Carson, Anderson & Stowe is exploring a sale of SpringStone, a network of behavioral healthcare hospitals, Sarah writes on PE Hub today. A formal process has not yet kicked off, Sarah writes.

Sellers are targeting a valuation of up to $1 billion, according to some sources. The firm invested $100 million in SpringStone in 2010, backing a team of healthcare operators. The company has expanded from a psychiatric hospital in Illinois, to 33 outpatient locations and 18 inpatient facilities today.

Big winner: Our Deal of the Year winner this year is Thoma Bravo with Ellie Mae. Thoma Bravo saw an opportunity with the company as its share price fell amid rising interest rates cutting into its revenue. The company, which helps lenders originate loans cost effectively and quicker, accounted for about half of all US mortgages processed and had 98 percent customer retention rate on its core product, Encompass, writes Kirk Falconer.

Thoma Bravo, a veteran in software buyouts, spotted an opportunity. It recognized that public investors had overreacted, that they had failed, in Spaht’s words, to “understand the nuances of the company’s pricing model.” Read the story here.

Book: I started reading “Caesar’s Palace Coup: How a Billionaire Brawl Over the Famous Casino Exposed the Power and Greed of Wall Street” by Max Frumes and Sujeet Indap. It’s the story of Apollo’s and TPG’s investment in the casino company and the battle between the sponsors and creditors over control of certain treasured assets as the company teetered on the edge of bankruptcy. Great stuff so far!

Have a great rest of your day! Hit me up with feedback, tips n’ gossip, Scotch recommendations or whatever at cwitkowsky@buyoutsinsider.com or find me on LinkedIn.