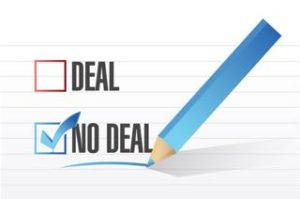 Drew Crichton, Traveller Capital’s president, sent an Oct. 28 letter to LPs of VSS III offering to buy the stakes for 60 cents on the dollar. LPs had until Nov. 7 to sign up for the deal, the letter said. Fund III has two remaining investments, User Friendly Media and Access Intelligence.

Stevenson, who confirmed the attempted deal, said Traveller Capital approached him “recently” about the transaction. He did not lead the deal and the secondary wasn’t his idea, he said. “I agreed to participate to a limited extent to get the buyer, Traveller, comfortable with the deal,” Stevenson said.

Crichton told peHUB the deal is off. “It was revoked after getting new, relevant information,” he said. He declined further comment.

New York-based VSS, the once media-focused PE firm, has tried or considered secondary transactions for both its third and fourth buyout funds, peHUB has reported.

VS&A Communications Partners III LP, or VSS III (the firm changed its name in 2001 when Stevenson became a name partner), collected $1 billion in 1999. VSS III invested in 15 companies in sectors such as business media and telecom and still owns two companies. Fund III has produced an average IRR of 6.56 percent and a 1.39x average multiple, according to data provider Bison. LPs of Fund III do not pay fees but the pool does charge monitoring fees to each of the two companies, a source said.

Veronis is “approached all the time” about potential transactions, Stevenson said. There is currently no secondary planned for Fund III, he said.

VSS III “is an older fund so we will look to either exit through a third party sale or possibly a secondary down the road. That’s to be determined but nothing is imminent,” Stevenson said.