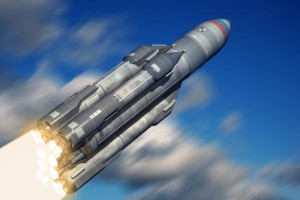 So far in February, there were fewer U.S. announced mergers but deal value, boosted by some large transactions, skyrocketed this month.

There were 236 U.S. announced transactions for the first two weeks of February, totaling $107.1 billion, according to data from Thomson Reuters. This compares to 326 deals for the same time period last year, valued at about $17.6 billion, TR says. The number of transactions fell nearly 28%, while deal value jumped about 509%.

The biggest deal this month obviously is the $27.5 billion takeover of HJ Heinz by Berkshire Hathaway and 3G Capital. Coming in second is the sale of Virgin Media to Liberty Global for $22 billion, Thomson Reuters says.

On the private equity side, we’ve seen 14 deals so far this month, totaling about $46.9 billion. This compares to 24 deals for the same time period in 2012, valued at $638 million. The number of deals dropped nearly 42% while transaction value jumped a humongous 7,251%.

Here are the top 5 PE deals for the first two weeks of February, according to Thomson Reuters.

Prospect Capital Corp. on Feb. 7 said it had funded a recap of Nationwide Acceptance Corp. The deal was valued at $25.2 million. Chicago-based Nationwide is a specialty finance business.

Coming in fourth place is Z Capital’s offer to buy all the outstanding shares of Affinity Gaming that it doesn’t already own for $14 a share. The transaction is valued at $196.8 million.

Do we need to even explain this? The most overpublicized deal this year also comes in second in terms of U.S private equity backed deals.

On Feb. 5, Silver Lake Partners and Michael Dell agreed to take the once-dominant PC maker private in a $24.4 billion deal. Michael Dell and his investment firm are ponying up $750 million in cash toward the $24.4 billion purchase of Dell, while Silver Lake is injecting $1.4 billion. Banks including Bank of America, Barclays, Credit Suisse and RBC will provide roughly $16 billion in term loans and other forms of financing, Reuters has reported.