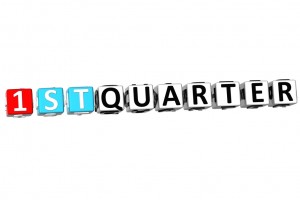 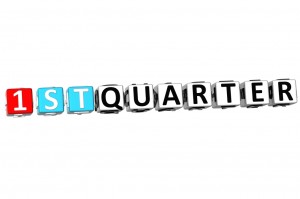 A spate of large transactions helped boost deal values by nearly 88% in first quarter, while the number of transactions dropped.

There were 1,887 U.S. announced transactions during the first three months of 2013, totaling $268.9 billion, according to preliminary data from Thomson Reuters. This compares to 1,991 deals for the same time period last year, valued at $142.7 billion.

The month of March showed a similar trend. There were 460 transactions so far this month, valued at $77.4 billion. This compares to 2012 when there were 653 deals for all of March totaling $37.7 billion, Thomson Reuters says.

The biggest U.S. announced transaction in the first quarter was the $27.3 billion takeover of H.J. Heinz by Berkshire Hathaway and 3G Capital. Coming in second is the sale of Virgin Media to Liberty Global for $21.4 billion, Thomson Reuters says.

On the private equity side, transaction values more than tripled in first quarter. There were 364 U.S. announced PE deals during the first three months of the year (so far), totaling $92.1 billion. This compares to 410 deals last  valued at $26.4 billion.

The number of PE-backed deals in March plunged 51%. There were 80 private equity transactions totaling $30.7 billion. This compares to 166 transactions during March of 2012 totaling $7.4 billion.

Here are the top 5 PE deals for first quarter, according to Thomson Reuters.

In March, Liberty Media Corp. said it would buy a 27.3% stake in Charter Communications for $2.62 billion.

Coming in third place is Gardner Denver. Earlier this month, the industrial machinery maker agreed to sell itself to KKR for $3.74 billion, Thomson Reuters said.

The year’s most publicized auction so far is Dell. The PC maker received two offers that made our Top 5 and I’m including them both here.

On Feb. 5, Silver Lake Partners and Michael Dell agreed to take the once-dominant PC maker private in a $24.4 billion deal. Michael Dell and his investment firm are ponying up $750 million in cash toward the purchase, while Silver Lake is injecting $1.4 billion. Banks including Bank of America, Barclays, Credit Suisse and RBC will provide roughly $16 billion in term loans and other forms of financing, Reuters has reported.

The Blackstone Group, meanwhile, has offered to pay in excess of $14.25 per share for Dell, Reuters says. The New York-based alternative investment firm has not specified a range of the bid, but has two other equity partners – Francisco Partners and Insight Venture Partners. Thomson Reuters is valuing this offer at $21.4 billion.