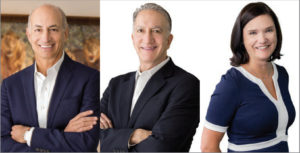 Altus Capital Partners’ bet on how the rail-infrastructure market is evolving boded well for the Wilton, Connecticut, private equity shop.

Less than four years into its investment, Altus in May 2017 sold Rocla Concrete Tie for about $117 million to European rail-infrastructure giant Vossloh, growing enterprise value by more than 2.5x.

The firm during its ownership also nearly doubled both revenue and Ebitda at Denver-based Rocla, which makes prestressed concrete ties for North America’s freight railroads.

The sale to Germany’s Vossloh produced an about 4.5x multiple of invested capital for Altus, as well as a healthy 57.9 percent gross internal rate of return.

The winning investment centered on an opportunity Altus executives identified years back: the long-term trend of a railway industry growing increasingly reliant on concrete ties as opposed to wood ties.

The wood-tie market today still dominates, but concrete ties are beginning to take share because they offer a better foundation for higher-speed rail, heavier weights and longer trains, as well as prolong rail life and reduce maintenance needs, said the firm’s Russell Greenberg, founder and managing partner, and Heidi Goldstein.

At the same time, growth in the onshoring of manufacturing and intermodal freight transportation, which combines rail with other forms of transport, indicated that the U.S. would continue to invest in this form of rail, Greenberg said.

Rocla was a way to ride those trends.

An aggressive expansion plan and strong management were key to the deal.

Rocla’s share of the U.S. concrete-rail market grew to an estimated 85 percent when Altus exited from about 60 percent when it first invested. The company added four new plants under the Altus umbrella, to a total of seven.

Besides supporting the expansion of Rocla’s largest existing facility — the Pueblo, Colorado, plant — organic initiatives included building a new facility in Mexico. The company in 2014 entered a long-term contract with Kansas City Southern de Mexico, which Goldstein said proved particularly profitable. Not only is there one key player in Mexico, but the country itself is a much higher user of concrete railway ties, she noted.

Altus also financed organic expansion into Florida in 2015 through a long-term project with All Aboard Florida and Florida East Coast Railway. The project included a new special purpose facility whose production got underway in 2016.

On the M&A front, Rocla in 2015 took out its largest U.S. competitor, KSA, a Portsmouth, Ohio, joint venture of Koppers and Lehigh Hanson. Rocla subsequently bought the Tucson, Arizona, plant from competitor CXT and entered a long-term contract with Union Pacific.

In addition, part of the M.O. at Altus, a middle-market firm that invests in niche manufacturing companies, is backing and investing alongside experienced management teams. Heading up the C-suite at Rocla is CEO Peter Urquhart.

The sponsor did bring in outside experts to advise in other ways. Kirk Feuerbach, who led Altus’s former portfolio company DS Brown — another transportation-related manufacturer — was hired as a board member in 2013. Longtime manufacturing industry executive Robert Raynor also joined the board the same year.

Altus’ investment in Rocla dates to May 2013, when it purchased Rocla from CVC Capital Partners through its second fund, which closed in October 2011 at $200 million.

Rocla back in 2013 had a large product liability associated with rail ties that were built in the 1990s, Greenberg said. But Altus had studied and gained an understanding of those legacy issues —how industry dynamics had evolved, the differences in how concrete ties are produced today versus years ago — and could thus differentiate between real and perceived risks.

The outcome? Rocla claimed victory with an initial investment of $12.4 million – or a multiple of Ebitda of just 5.4x.

Some four years later, the ability to produce large amounts — millions — of railway ties for its customers made Rocla an appealing target for large strategics.

Vossloh ultimately put forth the best offer, prevailing in the auction for Rocla in a $117.2 million deal.