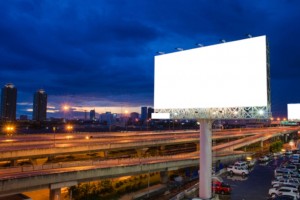 Billboards, which trace their roots to ancient Egypt, are set to generate a boom in U.S. deal activity as the biggest operators seek to expand in regional markets, investment banking sources said.

Billboards are holding their own with local audiences even as attention slips for other sorts of regional advertising, such as ads in local newspapers facing circulation declines, or TV commercials that viewers increasingly are able to skip.

There is now a race to consolidate the rest of the industry, which is made up of independently run regional companies that are often owned by private equity funds.

The timing has to do with the big companies’ finances. Earlier this year, Outfront Media and Lamar were told by tax authorities that their outdoor displays qualified as property, allowing them to convert into Real Estate Investment Trusts (REITs). As REITs, the companies’ top executives have said they have more money to buy competitors and convert their signs to digital.

This has emboldened them to pay top dollar for deals. Outfront Media, for example, agreed to buy Van Wagner Communications, a privately held company with outdoor advertising in New York’s Times Square and on buses on the Las Vegas strip, for $690 million in July.

“It makes a lot of sense for the large companies to buy the small companies,” said Gabelli & Co analyst Brett Harriss. “The fact that Outfront would pay a big multiple for Van Wagner shows how much synergies a large outdoor billboard operator can bring to a local competitor.”

Being a REIT benefits operators such as Lamar and Outfront because it boosts their stock market valuation, giving them a more valuable currency with which to do deals. REITs also save money on taxes and have more cash to pay down debt.

Operators can charge premium prices for a billboard in the right place. In New York’s Times Square, renting a sign can cost more than $100,000 a month. In Los Angeles, prices range from about $10,000 a month to about $100,000 a month for a top spot. In the middle of the country, billboards typically rent for roughly $1,000 to $2,000 a month, depending on the location.

Private equity owners want to sell their outdoor assets while valuations are high. Fairway Advertising, for example, which is owned by buyout firms ACON Investments and MidOcean Partners, is close to being bought by GTCR LLC for $550 million, sources said earlier this month.

GTCR formed a partnership with Adams Outdoor Advertising, another regional billboard company, in the hope that it can sell the combined assets to one of the major companies.

Clear Channel Outdoor, which is not a REIT, is looking at selling its European assets worth more than $2 billion, Reuters has reported. Such a divestiture could make its conversion into a REIT more likely, analysts have said. [ID:nL1N0TS1WB]

As outdoor ad companies get bigger through acquisitions, it becomes more efficient for them to sell ads on a national basis, strip out overhead costs, and convert signs to digital billboards. Digital billboards make more money because they can change their messages in short periods of time.

It is a far cry from ancient Egypt, where people erected obelisks covered with hieroglyphics to publicize laws and treaties, according to the Outdoor Advertising Association of America.

Advertisers are now experimenting with having billboards interact with consumers’ phones, which can help track an ad’s effectiveness, as well as “geofencing”, which is location-based technology that can communicate with people around a billboard to sometimes display personalized messages.

Such innovation requires spending, which some smaller companies cannot easily afford, and this makes them more open to being acquired.

A digital billboard delivers as much as four times the revenue as a static board, Outfront Media CEO Jeremy Male said in an interview.

“As we get smarter, we’ll be building more app-based solutions for advertisers,” Male said. “Digital is the future.”