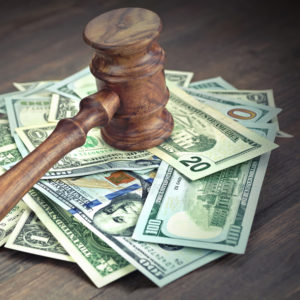 What, me worry? Over the past couple of weeks, I’ve reported on how GPs and LPs are reacting to proposed SEC rules. The short version is, GPs think new rules are coming, but most aren’t ready, and LPs are quite happy with the returns they get from private equity, and most don’t see any need for more regulation.

In fact, change may already be here, and it’s having an impact on deals.

“The Biden administration has implemented a tighter review of filings that firms must submit before the completion of a merger, resulting in increased delays and costs for private equity managers and potential portfolio companies, according to two attorneys,” writes Buyouts’ Gregg Gethard.

Under the Hart-Scott-Rodino Act, mergers and similar transactions over a certain size threshold must submit an HSR filing to both the Federal Trade Commission and Department of Justice, Gregg reminds us. The agencies then consider if the pending deal may unduly harm competition, according to a primer from Thomson Reuters. Either agency then has 30 days to notify parties to a deal of antitrust concerns. A second request notification within the 30-day period will trigger an investigation.

“The simplest way to put it is that under this administration, the hard deals are still hard, and they always were hard where there were obvious competitive issues,” Andrew Lacy, a partner at law firm Goodwin, told Gregg. “But deals that before would be considered easier are getting calls from either agency before the 30 days.”

The Biden administration increased the number of questions and concerns it has when reviewing HSR filings, especially ones focused on healthcare, according to Lacy and fellow partner at Goodwin Chris Wilson.

“Now, more than ever, we are seeing the agencies have more questions over what were previously considered somewhat minor issues. And we’re seeing more second request investigations, which are long, drawn-out, and burdensome,” Wilson told affiliate title Buyouts. These investigations can last between three months and one year, according to the attorneys.

Secondaries. “In a challenging environment for secondaries, some deals are finding the finish line,” writes Buyouts’ Chris Witkowsky. “One such deal that just closed was run by Atlas Holdings, which moved six companies out of older funds and into a continuation vehicle for more time and capital to manage the investments,” the firm announced this morning. The total deal was valued at about $400 million.

Chris points out that the deal is “an example of the kind of multi-asset continuation fund transaction that has been more attractive to buyers and GPs this year. Investors have been looking for more diversification away from the large single-asset processes that have dominated the market since last year.”

He also notes the nature of the six companies. “They are all industrial-related businesses, different from the more high-flying tech and healthcare companies that have been much of the rage in secondaries recently.”

More home improvement. Rising interest rates make it tougher to buy a new home, so many people may be turning to improving the homes they already own.
In yesterday’s Wire, I reported on Ronin’s new platform investment in outdoor power equipment and utility trailers for homeowners, small landscapers, ranchers and farmers.

Home maintenance and improvement saw a big upswing during the pandemic, and we expect to see increased dealmaking in the sector.

That’s it for me this morning. Chris will write the Wire tomorrow, and Craig McGlashan, editor of PE Hub’s Europe coverage, will write it on Thursday.