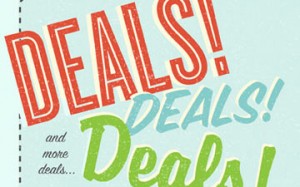 There’s been some pretty grim data on global M&A released in recent weeks. Thomson Reuters, the publisher of peHUB, for example, reported on March 21 that buyside financial sponsor M&A was down 60 percent from the fourth quarter.

But a more tailored look at control-stake acquisitions by U.S. sponsors of global targets (as opposed to the broader Thomson Reuters snapshot of announced deals, including minority investments, by sponsors globally) paints a slightly different, more optimistic picture, Buyouts reports in its wrap of the first quarter, published today.

U.S.-based sponsors had closed 222 deals globally as of our March 21 deadline for data, with a disclosed deal value of $11.3 billion, according to data from Thomson Reuters. That’s a 26 percent drop from the 301 deals closed in the fourth quarter of 2011, and a 66.6 percent fall from the $33.3 billion in disclose deal value seen in the fourth quarter. Those numbers will need to be updated to reflect the final week-and-a-half of Q1, but it provides a snapshot of where the market was for much of the quarter.

“We noticed a good flow of opportunities, but it was not robust,” Allan Holt, managing director and co-head of The Carlyle Group’s U.S. buyout group, told Buyouts.

But momentum picked up fairly dramatically about midway through the quarter. As of March 21, there were 60 control-stake acquisitions that had been agreed to in the first quarter but not yet closed, compared to only 33 pending deals at the end of the fourth quarter of 2011. Again, a number of those 60 pending deals surely closed by the end of the quarter, but that number also far exceeds the 43 deals that were pending in the fourth quarter as of Dec. 15, 2011, the cut-off for Buyouts’s 2011 deal-making review.

Further, 39 of the 60 pending deals, or 65 percent, were struck on Feb. 13 or later, roughly midway through the quarter, a Buyouts analysis shows. The sheer size of the pending deals is also telling. While the largest deal closed in the first quarter was the $1.77 billion buyout of educational services provider SunGard Higher Education by Hellman & Friedman LLC-backed Datatel Inc., the largest pending deal is Apollo Global Management LLC and Riverstone Holdings LLC’s agreement to buy oil and gas exploration company EP Energy Corp. from El Paso Corp. for $7.15 billion; and the following two pending deals are valued at roughly $4.5 billion and $2 billion, respectively. Finally, those three deals were struck on Feb. 17 or later.

In another highlight from our deal wrap, for the first time since 2009, the industrials sector was the most popular place for private equity-backed acquisitions in the first quarter (the technology sector has been the usual winner in recent years). This suggests sponsors are looking for more cyclical plays as the economy improves.

Sponsors completed 40 control-stake acquisitions in the industrials sector, accounting for 18 percent of the 222 deals closed as of March 21. “In terms of opportunities, the industrial sector in the U.S. is seeing a tremendous revival,”  Stephen Murray, CEO of CCMP Capital Advisors LLC, told Buyouts.