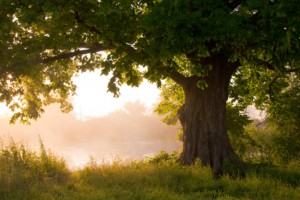 CenterOak Partners, formed by several senior executives from Brazos Private Equity Partners, has been talking to potential investors about its first fund, according to two limited partners.

The target of the debut fund is not clear, but one of the LPs said CenterOak may seek in the range of $300 million to $400 million. The LP also said CenterOak secured an anchor commitment from an unnamed investor.

Megan Griffin, a spokeswoman for CenterOak, declined to comment.

CenterOak was formed earlier this year by Randall Fojtasek, Brazos’ co-founder and co-chief executive officer, after Brazos decided not to raise a fourth fund. Fojtasek will lead the firm along with Brazos Partner Michael Salim and Brazos executives Lucas Cutler and Jason Sutherland. Brazos Partners Jeff Fronterhouse and Patrick McGee are not part of the new firm.

CenterOak also hired Megan Kneipp as vice president of business development in September. Kneipp had previously worked as an associate at the Private Bank at Credit Suisse, where she focused on capital raising and investment management, according to her LinkedIn profile.

CenterOak has said it will pursue control investments in middle-market companies in industrial growth, consumer and business services. It will primarily focus on deals in the South and Southwest United States.

Along with the new fund, the former Brazos executives will continue to manage investments made from Brazos’ third fund, a $715 million pool raised in 2008. Fund III had about 20 percent of its capital left to deploy in both platform and add-on investments, Salim told Buyouts sister publication peHUB in March.

Brazos had no plans to cut management fees on Fund III. “Brazos has a long runway ahead of it. We have a portfolio to mine and harvest value. We’ll be together operating Brazos to the conclusion of portfolio company investment horizon(s),” Salim said at the time.