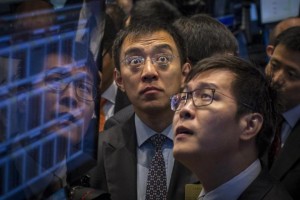 In consecutive days, two venture-backed China-based tech companies have debuted on U.S. exchanges, bringing to four the number of Chinese companies that have completed public offerings in the states this year, sister publication VCJ reported.

Although it’s a signal that investors are once again looking favorably at U.S.-listed Chinese companies, no one is saying yet that there’s a resurgence taking place.

On Thursday, 58.com, which raised about $71 million in venture funding from DCM, Warburg Pincus and SAIF Partners, raised $187 million in its IPO. The company, which operates a customer-to-customer sales platform known as the Craigslist of China, priced its shares at $17 per American depositary share (ADS), above its initial expected price range of $13 to $15.

This morning, Qunar Cayman Islands Ltd, which raised about $85 million from GGV Capital, Tenaya Capital and Mayfield Fund and is majority-owned by Chinese search engine Baidu, launched its IPO. The Beijing-based company, which operates a travel search engine, raised $167 million on shares priced at $15 per ADS.

“It’s definitely an encouraging sign that the environment is getting better when quality companies are getting listed,” said Hurst Lin, general partner of DCM.

58.com and Qunar are the third and fourth VC-backed Chinese companies to list on a U.S. exchange in 2013, according to data from Thomson Reuters (publisher of VCJ). Montage Technology, which raised more than $12 million in funding from Intel Capital and Translink Capital Partners, went public in September, while LightInTheBox Holding Co, backed with more than $46 million in funding from GSR Ventures, Ceyuan Ventures and Trust Bridge Partners, launched its IPO in June.

Lin and other investors are taking notice of the new listings, because the number of Chinese companies listing in the U.S. has plunged from a high of 40 in 2010, according to Thomson Reuters, when hiSoft Technology International Ltd, 21Edu.com, SinoTech Energy, ButAuto.com and Youku.com, among others, went public.

But he said the higher quality of the companies going out is changing the tide, as public market investors are once again showing an appetite for Chinese companies. Better performance in the aftermarket is also helping.

Photo of Jinbo Yao (R), CEO of 58.com, watching as his company is priced during its IPO on the floor of the New York Stock Exchange, October 31, 2013. REUTERS/Brendan McDermid