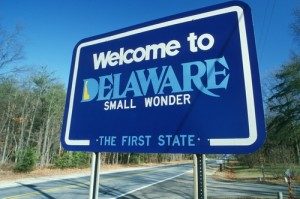 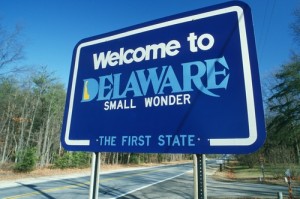 Investors in preferred shares of Emmis Communications Corporation recently learned the hard way why investing in companies incorporated in states other than Delaware is generally a bad idea. And it may not be for the most obvious of reasons. Sure, the company amended its preferred shares through some corporate trickery that decreased the market value of the shares by 55% and evaporated over $30 million in value. But Delaware corporations have done that sort of thing in the past too. Instead, the Emmis Communications case is yet another example of the inefficiency and uncertainty that results from having 50 separate bodies of corporate law across the United States. Both companies and the investors that fund them would benefit from adopting Delaware as their jurisdiction of choice to continue its development as the most level playing field.

In 1999, Emmis Communications, an operator of radio stations, raised $144 million by issuing shares of publicly-traded preferred stock. The preferred shares had a number of key economic terms, including a 6.25% dividend that would accrue if unpaid, and the right to have the shares redeemed by Emmis for their original purchase price plus unpaid dividends if the company were taken private. The company’s chief executive officer, Jeffrey Smulyan, has twice tried to take the company private, most recently in 2010, but each of those attempts failed when Mr. Smulyan was unable to persuade the preferred shareholders to compromise their financial position.

The company’s stock price performed poorly in 2010 into 2011 and several preferred shareholders approached the company seeking liquidity for their positions and offering to take approximately 25 cents on the dollar for their investment. Seeing an opportunity to improve its balance sheet by reducing the outstanding liability represented by the preferred stock (over $178 million as of April 2012), Emmis negotiated a $35 million credit facility to fund repurchases of preferred stock. The repurchases were structured as total return swaps instead of actual acquisitions of shares giving the company the economic value of the shares while leaving legal ownership of the shares technically in the hands of the existing stockholders. The company also obtained voting agreements from the selling shareholders so it would be able to vote the shares going forward (a concept not allowed under Delaware law). While acquiring the economic value of the shares at a substantial discount was important to Emmis, the company was hoping eventually to gain voting control over at least two-thirds of the shares, at which point it believed it could amend the terms of all of the shares, including the ones it did not control, to reduce their impact on the company even further.

After acquiring control of just over 60% of the preferred shares, the company decided to reissue a portion of them to a newly-created employee benefit plan trust, the voting of which would be controlled by Emmis’ board of directors. When the re-issued shares were added to the other shares Emmis controlled, it had more than two-thirds of the preferred shares under voting control and proposed amendments to the terms of the shares. Among other changes, the proposed amendments would eliminate the accumulated preferred dividends, remove the right of the preferred shareholders to elect two directors in the event dividends were unpaid and eliminate the right to have the shares redeemed if the company were taken private.

This case should cause most investors in preferred stock to wonder why they should ever invest in a company incorporated in any state other than Delaware. After all, Delaware corporate law would not have permitted Emmis to vote its shares and gut the preferred stock like Indiana law did. There are several other reasons, though, beyond this one, arcane point of corporate law, to prefer Delaware.

First, Delaware simply has more prominent companies, so there is more business-related litigation. Over half of the Fortune 500 are incorporated in Delaware. The steady stream of corporate litigation leads to a more fully-developed body of corporate law and greater certainty as to the outcome of disputes. To be sure, Delaware is not perfect and corporate techniques have on occasion been permitted that had surprisingly negative effects on investors. Nevertheless, many more situations involving the rights of preferred stockholders have been litigated in Delaware than elsewhere permitting corporate lawyers to plan around undesirable results.

Due to the significant number of companies incorporated in Delaware, lawyers in many other states have expertise in Delaware law and regularly advise their clients without the need for local Delaware counsel. That is generally not the case with any other jurisdiction beyond the state where a particular lawyer is admitted to practice, resulting in the inefficiency involved with engaging local counsel when doing deals with companies incorporated in other states. Adding insult to injury, even if local counsel is consulted, because most other states’ laws are not as developed as Delaware local counsel may not be able to help prevent results like Emmis Communications.

Lastly, as the world becomes increasingly global transactions between U.S. companies and international firms likewise would be facilitated by having one, prevalent, jurisdiction for the incorporation of companies. It is difficult enough to execute a cross-border deal without requiring the international partner to hire state-specific lawyers, particularly when they likely already have U.S. advisers familiar with Delaware law.

While it may be too aspirational and unrealistic to hope for a unified U.S. corporate law, in the meantime investors would do well to avoid the wilds outside of Delaware.

Michael Kendall is a partner with Goodwin Procter’s PE & technology groups. Opinions expressed by him are entirely his own.