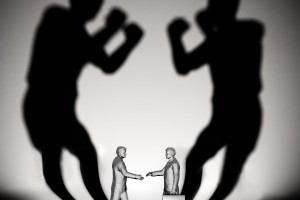 (Reuters) – The special committee of Dell Inc’s board on Monday asked Carl Icahn for details of his plans for the computer maker, including how he would finance his offer and who would run the company.

Michael Dell and private equity firm Silver Lake want to take the company private for $13.65 per share, but stockholders, including Southeastern and T. Rowe Price, have complained that the offer severely undervalues the company.

Instead, Icahn and Southeastern, two of Dell’s biggest investors, proposed to give stockholders $12 of cash for every share they own, as well as allow them to keep their stock.

But in a letter to Icahn, the committee said it was not clear if he intended to make “an actual acquisition proposal that the Board could evaluate” or if he intended his offer as an alternative in the event the pending sale to Silver Lake and Michael Dell is not approved.

The committee also asked for information on the terms of the debt financing required for Icahn’s proposal and “contingencies available if cash on hand or stockholder rollovers are less than anticipated,” as well as financing commitment letters.

It said the proposal did not appear to take into account additional borrowing that would required if Icahn uses the company’s cash in the transaction and reduces future cash flow by selling accounts receivable.

Besides asking Icahn who would make up the company’s senior management team under his plan, the committee also wanted to know his “strategy and operating plan.”

It also wanted to know more about the relationship between Icahn and Southeastern.

Both Icahn and Southeastern said they would finance the proposal from existing cash and about $5.2 billion in new debt.

Icahn and Southeastern together hold about 13 percent of Dell stock. The billionaire investor previously proposed paying $15 per share for 58 percent of Dell.

Shares of Dell were down 0.3 percent at $13.41 in trading before the market opened.