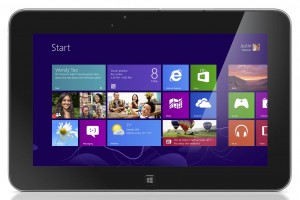 (Reuters) – Dell Inc called on shareholders on Friday to approve a $24.4 billion buyout offer by founder and CEO Michael Dell and private equity firm Silver Lake, saying the bid was superior to other strategic options.

Activist investor Carl Icahn and Southeastern Asset Management launched a counter offer for Dell earlier this month that would allow shareholders to keep their shares.

Dell shareholders are scheduled to vote on the Michael Dell/Silver Lake offer at a special meeting on July 18.

Dell’s board said in a letter to shareholders that it had looked into the possibility of continuing with or modifying the PC maker’s business plan, changing its dividend policy, selling to a strategic buyer, and selling or spinning off parts of the business. It did not mention the Icahn offer.

“A sale to the Michael Dell/Silver Lake group … is the best alternative available – in a challenging business environment it offers certainty and a very material premium over pre-announcement trading prices,” Dell said.

Southeastern Asset Management on Friday urged Dell shareholders not to take any action until they had received its proxy statement. It said it would make the statement available in the near future.

“We, along with Icahn Enterprises LP, believe that substantially greater value can be realized for Dell stockholders than what is reflected in the management buyout proposal,” Southeastern said in a letter.

Icahn has warned that if his leveraged recapitalization proposal is rejected, he will rally shareholders to vote down Michael Dell’s offer.

Icahn made several requests for information from Dell, including a request for data room access for a potential lender.

The company declined, saying it would not provide more information unless the board determined that Icahn’s proposal was superior.