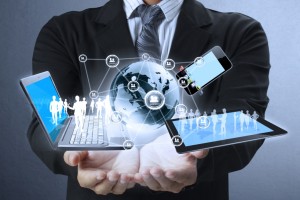 In the private equity world, size does matter.

The long-awaited Dell buyout, valued at $24.4 billion, is the biggest tech LBO ever. That’s according to Thomson Reuters, publisher of peHUB.

The Dell take-private calls for Silver Lake Partners to inject $1 billion while founder Michael Dell is also contributing equity. The deal is bigger than all other tech-LBOs on record, including the sales of SunGard Data Systems and Freescale Semiconductors, Thomson Reuters says.

Silver Lake , the technology-focused PE firm, has been a player in several of the largest tech buyouts, Thomson Reuters data shows. Of the 10 biggest LBOs, Silver Lake is an investor in four of them: Philips Semi, SunGard, Sabre Holdings and Dell. The Dell deal is also the biggest transaction for Silver Lake, which partnered with BC Partners to buy Intelsat for $16 billion in 2007, The New York Times says. Silver Lake is currently fundraising for its next flagship fund, which has a $7.5 billion target.

Here’s the top five tech buyouts, according to Thomson Reuters. 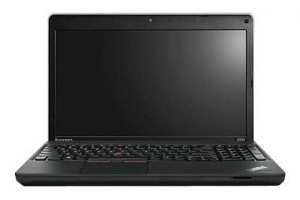 In 2007, Madison Dearborn Partners acquired CDW, a computer retailer. MDP paid about $87.75 a share for CDW. Thomson Reuters is valuing MDP’s buy of CDW at $6.83 billion, which makes it the fifth largest buyout on record.

The investment in CDW came from MDP’s Fund V, which raised $6.5 billion in 2006. The fund is producing a net IRR of 3.59%, according to June 30 data from the Washington State Investment Board. MDP still owns CDW. 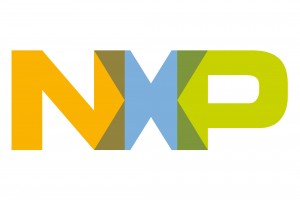 In 2006, KKR led an investor group to buy a majority stake, or 80.1%, in Philips Semiconductor. Other investors included Silver Lake, Bain, Apax and AlpInvest. Thomson Reuters is valuing the deal at $9.48 billion.

Philips changed its name to NXP, which stands for “Next Experience,” later that year. In 2010, NXP went public. The investor consortium still owned NXP as of Dec. 2012. NXP earlier this month said stockholders planned to offload 30 million shares in a secondary offering. KKR, after the secondary, would own about 12.79%, Bain would have 10.23%, Silver Lake would own 5.12%, Apax would have 5.75% and AlpInvest will have about 3%, according to a February SEC filing. Curiously, Carlyle acquired AlpInvest in 2011 but the buyout shop doesn’t own the NXP stake, a Carlyle spokeswoman says. Carlyle did buy AlpInvest, a fund-of-funds, but it doesn’t  own their stakes in underlying companies, the spokeswoman says. The NXP holding is owned by the fund investors, the Carlyle spokeswoman says. 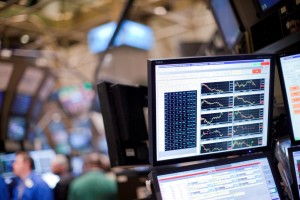 In 2005, a consortium of PE firms acquired SunGard in a deal Thomson Reuters values at $10.84 billion. Investors include Bain Capital, the Blackstone Group, Goldman Sachs Capital Partners, KKR, Providence Equity Partners, Silver Lake and TPG. The transaction was one of the biggest at the time and heralded the advent of club deals. (Club deals are no longer in vogue anymore in PE.)

The seven private equity firms still own a majority of SunGard, which provides software and processing services for financial services, education and the public sector. SunGard in December also paid out a $720 million dividend to shareholders, the company’s first such distribution since the nearly $12 billion buyout in 2005. 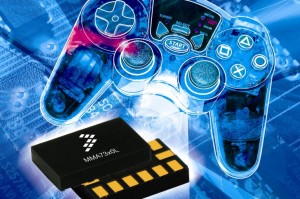 Blackstone, TPG, Carlyle and Permira acquired Freescale in 2006 for $17.6 billion. The PE firms invested $7 billion equity in the deal, peHUB has reported. With their buy, the sponsors loaded heaps of debt onto Freescale.

Freescale, an Austin-based chipmaker, went public in May 2011 at $18 a share. Freescale had $7.6 billion in debt and capital leases as of April 2011, peHUB has reported. Long-term debt has since dropped, as of December, to $6.4 billion, according to a statement.

The buyout shops didn’t sell shares in Freescale when the company went public in 2011. The IPO diluted the PE firms’ ownership stake to 80.37%, peHUB has reported. Their holding remained at 80.37% as of February 2012. A Freescale spokesman confirmed Wednesday that the PE firms–Blackstone, TPG, Carlyle and Permira–have NOT sold any Freescale shares since the IPO. 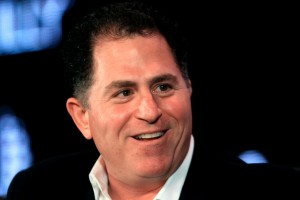 The Dell take-private may rank as the largest tech LBO ever, but it’s also the 14th largest buyout across all industry sectors since 1980, Thomson Reuters says. TR is valuing the Dell transaction at $18.13 billion.

The deal, of course, saddles Dell with $15 billion in new debt. Silver Lake Partners is contributing $1 billion equity, while its unclear how much Michael Dell, the company’s founder, chairman and CEO, is contributing. Microsoft, in a surprise, is providing a $2 billion loan and not equity.

Michael Dell and Silver Lake are together putting in about $5.8 billion equity, Bloomberg News says.