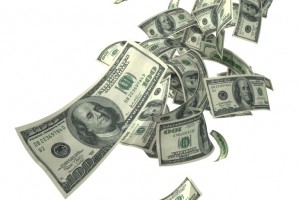 KRG Capital Partners has been on a selling spree in recent months, which should put the Denver-based buyout firm in a promising position to raise its fifth fund.

The firm has logged four exits since mid-December, returning more than $800 million to investors, according to a source close to the firm.

The firm’s fourth and most recent fund, which raised $1.96 billion in commitments in 2007, is now 70 percent committed, according to the source, which means KRG Capital will likely be hitting the fundraising trail relatively soon. Fund IV can support two to three more new investments, however.

The deals include the January sale of PetroChoice, a Riddlesburg, Pa.-based supplier of commercial and automotive engine oils, to Greenbriar Equity Group LLC, a Rye, N.Y.-based shop that specializes in the transportation sector; and its sale in December of Avizent, a Dublin, Ohio-based provider of insurance claims and risk management services, to York Risk Services Group Inc.

And in its most recent exit, on March 12, KRG Capital sold Tronair Holdings Inc., a manufacturer of jacks, tow bars and other aircraft ground support equipment for military and commercial aircraft, to Levine Leichtman Capital Partners for an undisclosed amount (Levine Leichtman typically invests $10 million to $75 million in companies generating at least $50 million in revenue). The sale generated a “healthy” return for KRG Capital, another source close to the firm said, declining to go into further detail.

The sale of Tronair represents the firm’s second exit from Fund IV, according to the firm. The sale of Avizent was the third exit from KRG Capital’s third fund, which raised $715 million in commitments in 2004.

Founded in 1996, KRG Capital targets companies with $10 million to $100 million of EBITDA in several sectors, including health care, industrials and manufacturing, energy, packaging and aerospace and defense.