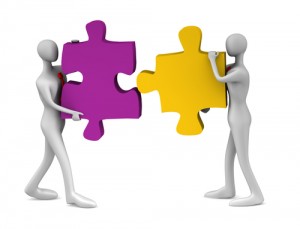 Deutsche Bank has decided against selling three of four fund units to Guggenheim Partners, which could put the businesses back in play.

Reuters is reporting that talks broke down after the German lender withdrew an offer to guarantee the unit’s revenue. This caused Guggenheim to lower the price it would pay for units, the story says. Reuters says its unclear if Guggenheim and DB will be able to reach a deal even for RREEF. Deutsche Bank asset management has $721 billion AUM as of March 30, a spokeswoman says, while RREEF has $63 billion AUM.

In February, DB announced it had entered exclusive talks to sell the four fund units to Guggenheim. The deal included DWS Americas, DB Advisors, Deutsche Insurance Asset Management and RREEF. Guggenheim, at the time, beat out Macquarie Group, which was also vying for the businesses, peHUB has reported.

It’s not clear whether DWS Americas, DB Advisors and Deutsche Insurance Asset Management are back on the block. DB said it continues to evaluate the units. But a source pointed to a March announcement from DB where the bank unveiled a newly integrated wealth management unit.  “Some of these businesses might form an integral part of that division,” a source says. This means that DB could be choosing to keep the fund units it planned on selling. Deutsche Bank refused to comment.

Why do we care about this deal? Private equity, including Hellman & Friedman and Conning & Co. (which is owned by PE firm Aquiline Capital Partners), along with strategics (BlackRock, PIMCO) were expected to be interested in DB’s fund businesses. But Reuters said DB had a hard time selling the fund units. Deutsche Bank reportedly wanted to sell off the business as a whole and was seeking $2 billion. However, press reports said the unit would likely fetch about $1.2 billion.