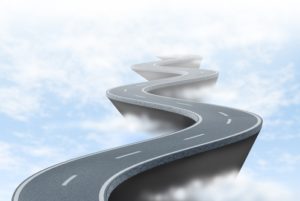 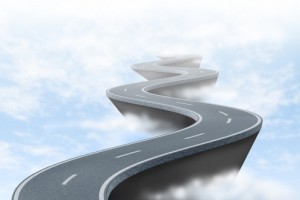 I’ve been wondering if the uncertainty around taxes in the United States had an impact on private equity investment decisions and if it led to a misalignment of interests between the taxable GP and the tax-exempt LP.

U.S. buyout deals spiked in Q4 2012 to hit the second-highest quarter by number of deals as well as capital invested over the past five years, according to data from PitchBook. This new peak does not appear to have marked the start of improved deal volume as evidenced by the substantial drop in activity in Q1 to levels not seen since the lows of the financial crisis in 2009. The picture is even more pronounced when looking at exits, where the last quarter of 2012 set new five-year records by number of exits as well as capital raised, followed by a 2009-like first quarter.

We will never find out if the 2012 year-end deal frenzy was triggered by the uncertain U.S. fiscal policy, but it is safe to assume that it had a material impact. It is also interesting to note that January saw a much higher volume of deals than February and March. This is presumably due to transactions that weren’t completed before year-end but were not cancelled despite the missed tax benefit.

The bigger question, however, is if the taxable GPs in charge of investment decisions prematurely pushed for exits to avoid probable higher taxes, before companies could realize their full potential. This behavior would be in conflict with the profit maximization goals of tax-exempt institutional LPs, who provided the bulk of the financing.

According to S&P Capital IQ, the average purchase price multiples (EV/EBITDA) for the first half of 2012 had dropped to 8.1x, compared to 8.8x in 2011 and 8.5x in 2010. During the second half of 2012 the multiple jumped to 9.1x and subsequently dropped to 8.4x in Q1 of this year. The higher multiples could be the result of GPs bringing forward better-quality companies to capture savings on their gains. The spike in prices paid corresponds with the higher deal volume mentioned earlier, hence making deals more attractive to sellers, but it is impossible to say if there was money left on the table.

In addition to pricing, leveraged loan volume was up considerably in Q4, but debt-to-equity ratios remained stable, alleviating the concern that more leverage was used to push transactions through before year-end.

It is likely that tax uncertainty drove up buyout deal volume in Q4 but price multiples paid for deals temporarily increased, too, and debt to equity ratios remained stable. Overall, LPs did benefit from higher distributions based on higher volume as well as higher prices. Given that the average holding period for companies has increased in general, it is good to get some cash back.

Philippe T. Schenk is a principal with Grove Street Advisors LLC. He focuses on fund investment activities across sectors, including fund due diligence and evaluation, as well as monitoring existing investments. Prior to joining Grove Street in 2010, Schenk worked at Credit Suisse in New York, where he most recently was responsible for global business development within the alternative capital division.