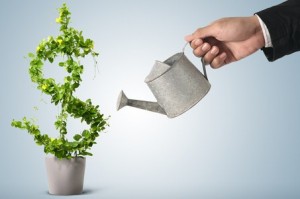 DCF has invested $4 million in Thunderbird Films in the form of equity, acquiring a 15.2% stake in the company.

DCF has invested AUD $3 million in Wasabi in the form of a secured loan with an 8% coupon, and received warrants to purchase common shares.

“We are excited to add these latest investments to our portfolio of investee companies as we continue to grow for the benefit of our shareholders,” said Michael Wekerle, Executive Chairman of DCF.

DCF is also pleased to announce that it has entered into a management agreement (the “Management Agreement”), effective May 29, 2012, pursuant to which Difference Capital Management Inc. (the “Manager”) will manage the business and affairs of the Company.

As compensation for management services, DCF will pay the Manager an annual management fee (the “Management Fee”) in the amount equal to 2% of the net asset value of DCF calculated and payable monthly as of the last business day of each month. In addition to the Management Fee, the Manager will be entitled to receive for each fiscal year of DCF, a performance fee (the “Performance Fee”) equal to 20% of any increase in the net asset value of DCF from the start of the fiscal year in question to the end of that year (the “Performance Year”) that is greater than the two-year Government of Canada bond rate (the “Hurdle Rate”) as applied to the net asset value, with the Hurdle Rate subject to a maximum of 5% p.a. The Performance Fees are calculated and accrued monthly but will be paid to the Manager only after the year end.

Under the Management Agreement, 40% of any advisory or consultancy fees net of direct expenses earned by the Manager from investee companies shall be remitted to DCF. As a result, DCF will earn a recurring income stream independent of the return on its investment portfolio.

The Management Agreement will continue for an initial term expiring June 30, 2015 subject to automatic renewal for additional one year terms. The Management Agreement may be terminated by either DCF or the Manager by providing 180 days’ written notice prior to the end of any term, subject to a termination penalty if terminated by DCF in certain circumstances, equal to 5% of the net asset value on such date and continued payment of the Performance Fee for two years.

DCF is a publicly listed merchant bank focused on creating shareholder value through strategic investments in, and advisory services for, growth companies.

For further information on DCF, its management, board and portfolio of investee companies, please visit www.differencecapital.com.

Thunderbird Films is an expanded multiplatform media production, distribution and rights management company based in Vancouver, BC, Canada. Thunderbird is known for its collaboration with talented producers, maximizing the financial and creative benefits of Canadian co-production to assist in the financing, production and distribution of all genres of programming for the world market. The company is committed to delivering premium finished product that has broad appeal for broadcasters and their audiences worldwide. Today, Thunderbird has a catalogue comprised of more than 500 hours of Canadian and US television content and its programming airs on major networks around the globe. Thunderbird has a joint venture with Lions Gate Entertainment Corporation called Sea to Sky Entertainment. Frank Giustra, founder of Lions Gate and a Thunderbird shareholder, played a pivotal role in orchestrating the 50-50 joint venture.

BrainScope is developing a new generation of portable and simple-to-use tools to rapidly and objectively assess brain function at the initial point of care. The initial focus is the development of a device for the U.S. military, to aid in detection and objective assessment of traumatic brain injury (“TBI”), and its milder form known as concussion. The company is currently integrating their intellectual property, technology platform, and algorithm development process to create a robust, portable device intended to be deployed in military settings for providing reliable, rapid, objective assessments of brain function to aid in rapid triage of TBI patients. There is also substantial potential opportunity for this product to be used in Emergency Rooms, and particularly in the sports market where concussions continue to be a vital issue in sports medicine at all levels of play.

Wasabi is a power producer that is at the forefront of the global energy efficiency boom and the drive for renewable power. The company operates in a background of growing acknowledgement that energy efficiency can be as important as new energy sources in meeting the worlds demand for power. Wasabi also supports technologies that can provide solutions to global sustainability challenges. Wasabi Energy Limited is listed on both the Australian Securities Exchange (ASX:WAS) and the AIM market in London (AIM:WAS) as well as American Depository Receipts trading on OTCQX Market (OTCQX:WSBLY).