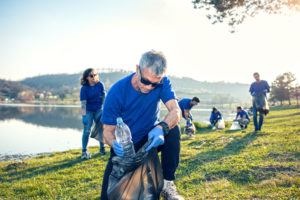 Calling it a co-linear business model, Marc Becker, co-lead of Impact and a senior partner, said Apollo will put impact metrics, specifically environmental ones, in place.

The top priority will be to make the industrial process more energy efficient. That includes reusing more water along with decreasing carbon emissions.

“They buy paper waste from municipalities, factories or paper that’s not being used, and they basically collect it, and the end product is cardboard,” Becker explained. RDM produces cardboard made from 100 percent recycled materials.

RDM, which provides packaging for sectors like pharma and food, will be a huge beneficiary of the move towards sustainable packaging by large corporations, according to Becker, a 25-year veteran of the firm.

Speaking at Private Equity International’s virtual Responsible Investment Forum: New York in March this year, Lisa Hall, Impact chair at Apollo, said that the strategy is to invest in later-stage businesses. Apollo believes it is looking at a part of the life cycle that is not being addressed by most impact investors.

RDM, the second-largest producer of coated recycled cartonboard in Europe – generating over $181 million in sales in Q1 – fits well within that realm.

Last month, RDM signed a deal to acquire Eska, a producer of recycled solid board. With the acquisition, the platform added two Netherlands-based production mills and three service centers in US, Italy and Spain.

Along with investment in organic growth and R&D, “part of the broader strategy is to expand across Europe,” Becker said.

Toronto-listed packaging solution company Cascades is selling 57.6 percent of its equity in the transaction.

After regulatory approvals, Apollo’s Impact team will then tender the remaining 33 percent of the company at the same price to de-list it. The firm followed a similar structure in its acquisition of Italy’s Gamenet late last year.

“We started looking at it [RDM] five to six months ago,” Becker said, speaking from his Long Island, NY, home.

“The deal was introduced by Apollo’s European fund partners [and] the [sellers] gave us an exclusive look at it,” Becker said, clarifying that this was a very limited auction process.

In the lower-middle market, L2 Capital Partners this week announced its investment in Ecotone, an ecological restoration-focused company. The firm’s first investment made in 2011 was in an environmental coatings business called LSC Environmental Products that addressed soil stabilization issues.

Structured like a multi-family office, L2 Capital invests up to $65 million in business services and consumer products companies – most of which are founder owned owner operated businesses, said Connor McMahan, partner at L2 Capital.

Ecotone designs and restores streams and wetlands in the Mid-Atlantic region. The goal is to add other service lines and partner with like-minded companies along with making investments in the tech part of the business, McMahan said.