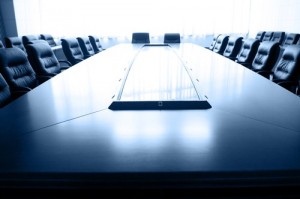 U.S. private equity firm Resource Capital Funds (RCF) announced it is “extremely disappointed” in the decision of its portfolio company, Selwyn Resources Ltd., to delay holding board elections. RCF said it “fears that the current illegitimate board cannot be trusted with the assets of Selwyn any longer.” The Vancouver-based Selywn is a metals exploration and development company with a core zinc-lead project located in Yukon, the sale of which is in contention.

Resource Capital Fund IV L.P. and RCF Management LLC (“RCF”) announced today that it is extremely disappointed at the announcement by Selwyn Resources Ltd. (TSXV: SWN) of a two-month delay in holding Board elections. This decision frustrates the will of the majority of Selwyn shareholders and is further evidence of entrenchment by the current board of directors and continued oppressive and unfairly prejudiced action towards shareholders. Throughout this process, RCF has maintained its full support for the sale of the Selwyn zinc and lead project (“Selwyn Project”) to Chihong Canada Mining Ltd. (“Chihong”) and the distribution of the net proceeds of the Selwyn Project sale to all shareholders.

Unfortunately, and possibly due to the fact that all three of Selwyn’s independent directors were absent from the meeting, Harlan Meade, CEO and President of Selwyn, acted as Chairman and refused to allow motions for a vote on director elections. This occurred despite the fact that director elections were originally proposed in the company’s March 22, 2013 Notice of Meeting.

Today’s announcement of further delay, combined with the events that transpired at the meeting of April 22, 2013, have caused RCF to lose trust in this board’s ability to conduct itself in accordance with its legal duties. As a result, it is imperative that Selwyn agree that the chair of the Meeting be independent of Selwyn.

RCF fears that the current illegitimate board cannot be trusted with the assets of Selwyn any longer. Its recent release promising not to spend certain “net” monies on “material capital expenditures related to the restart of ScoZinc” should amplify shareholder concerns. In the first instance, “net” is vague and open to strong interpretation and, secondly, the implication is made that the illegitimate board will continue to defy the will of a majority of its shareholders by happily spending immaterial amounts of shareholder funds on the restart of ScoZinc. We do not believe this board should spend any money until the shareholders’ voices have been heard at an AGM, to be convened as soon as possible.

RCF will be looking for a more definitive commitment in terms of proper use of cash and will hold the illegitimate board accountable for any improper use of the net sale proceeds or other monies. As previously stated, should it be necessary, RCF reserves the right to take any legal remedy available to it.