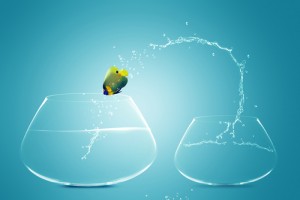 Once upon a time, there was a hypothetical private equity firm that purchased a widget manufacturer for $90.0 million.

The company was suffering from some manufacturing inefficiencies at the time and its EBITDA was only $15.0 million, resulting in a 6.0x purchase price. But, lo and behold, two years later, the private equity firm actually did what it told investors it was capable of doing and increased EBITDA to $25.0 million while reducing debt from its original level of $50.0 million to $30.0 million.

But good things were still on the horizon for this widget manufacturer. While the private equity firm needed to show a realization to foster its fundraising efforts, it hated the idea of selling the company now and losing some of the additional upside yet to be realized from these operational improvements.

You all know how this story ends and what the private equity group decided to do—a dividend recap.

But when the sponsor started approaching some lenders about raising $75.0 million in debt (or a modest 3.5x TTM EBITDA at the time of the recapitalization), a number of lenders declined because the sponsor was going to take out all its invested capital, and then some. The private equity firm was dismayed when some lenders, in essence, said, “We can’t let you take out all your capital with our debt—you won’t care about the portfolio company any more. You’re only doing this because you’re sure the company is in decline and you want to get out while you can.”

The sponsor argued back, “Do you really believe that because we take this cash out we’re going to be unconcerned about the remaining equity value we still own and created? Would we really treat our LPs that way? And just because we take this cash out, even without multiple expansion, there is still $75.0 million in equity value, or an enviable 50 percent of total capitalization, below your debt.”

With tax rates expected to increase next year, and the ability to still get a dividend recap done by year end, this same story is sure to repeat itself and these issues will be front and center until the end of the year. And while the number of lenders willing to do these financings has increased substantially in the last several years, there are still many unwilling to participate in dividend recaps.

On this debate, we side with the private equity groups. Dividend recaps can be a compelling tool for sponsors to benefit from the appreciation in value they created, while retaining the ability to participate in the increase in value still expected. Rather than force a sale of a portfolio company prematurely in order to show a realization, dividend recaps enable sponsors to continue creating value while also providing a return to their limited partners.

More importantly, we have rarely, if ever, seen a private equity shop devote less attention to its portfolio company after a dividend recap than before the distribution. Since these companies are often the “winners” in their portfolio, sponsors are apt to devote even more attention to these companies so they can maximize value and be well-positioned to sell the company when the timing makes more sense. In fact, research shows that the default rates for dividend recap financings are no different than traditional financings.

Interestingly, one common method of bridging the divide between the sponsor and lender in these situations is by simply providing less leverage for the dividend recap than a traditional acquisition financing. Requiring, say, 45 percent equity as a percent of total capitalization vs. the current 35-40 percent minimum equity requirement for non-dividend recaps, ensures that the lender has a better loan to value ratio (or, put differently, more equity below them).  And if the financing is done at the same, or slightly higher, yields than a traditional financing, the lender is actually getting a better risk/return than in other financings.

The mere fact that a company undertakes a dividend recap does not change its enterprise value—it just changes the mix between debt and equity. So lenders participating in dividend recaps often focus on a company’s enterprise value, and the value of the implied equity below them. With current loan volumes at lower levels than expected and traditional financings being done at increasingly higher multiples and lower yields, financing dividend recaps could actually be a way for lenders to enhance their current portfolios with higher quality, lower leveraged financings than they may otherwise be able to do in today’s market.