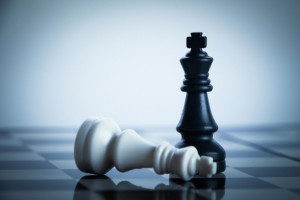 Private equity has changed since the Great Financial Crisis. Evolved, you might say.

It’s become more liquid. And it’s become more forgiving to GPs in a variety of ways. Private equity has never been an asset class that severely punished managers. There is too much built-in protection. LPAs have always fallen solidly on the side of the manager when it comes to things like transparency, disclosure and economics. The long life of the funds give managers a long time to mess up, fix things or coast along collecting fees.

These days, some GPs can find new life for a fund that has not performed well. They have ways of raising fresh capital even if their names have become anathema to smart LPs everywhere.

It’s this aspect of the market – GP restructurings and so-called stapled secondaries – that are beginning to get scrutiny from the SEC. And that’s a good thing, because I’ve had too many conversations with angry LPs who, with no choice left, sell their interests in old, bad funds at discounts, just to wash their hands of an under-performing manager.

Igor Rozenblit, co-head of the Private Fund Unit in the SEC’s Office of Compliance Inspections and Examinations, said at an industry conference in May that the SEC was taking a look at stapled secondaries.

He seemed to be describing GP restructurings in general when he said these processes give LPs “two bad options.”

Rozenblit described a situation in which the GP finds a new investor to buy out existing LPs in an older fund and house old portfolio companies in a new vehicle. Existing LPs can choose to sell, usually at a discount, or roll their interests into the new vehicle. Often the same GP will continue to manage the remaining portfolio companies in the new vehicle and get a reset on management fees and carried interest, which can be odious for LPs who have already paid a decade’s worth of fees for little or no return (in the worst-case situations).

A staple happens when the new investor who buys out existing LP interests in the fund also agrees to provide additional capital for new investments – effectively seeding a new fund, which is great for GPs unlikely to raise a new fund because of weak past performance.

The staple situation provides an opportunity for a conflict between LP and GP. Limited partner agreements usually give GPs discretion on whether to approve a secondary trade. The manager almost always has total control of who to let into the fund.

The concern in a stapled secondary situation is the GP will choose an investor who is offering a staple even if they are low-balling the price on buying the LP interest. This is good for the GP because it provides new money for a new fund, but it can be bad for the existing LP, who is looking to get as much value from the sale as possible. LPs of course decide whether or not to take the price being offered.

Here’s the crux of the issue when it comes to SEC regulation of private equity: So many of these situations that seem unfair to LPs are situations the LPs agreed to when they signed the fund contract.

They agree, for example, to allow the GP to have complete discretion in choosing who can buy an interest being sold by an existing LP. If the GP chooses to go with a buyer that will benefit them to the detriment of existing LPs, that’s ugly, but that’s life.

Outside of outright fraud, I can’t see the SEC’s increased scrutiny on this growing part of the secondaries market leading to big changes. That would have to occur upfront when the LP and GP are negotiating fund terms.

More important than regulatory scrutiny is for LPs to walk away from a fund whose terms aren’t friendly. And for the best-performing GPs, LPs will likely keep accepting questionable terms to get a piece of that outperformance.