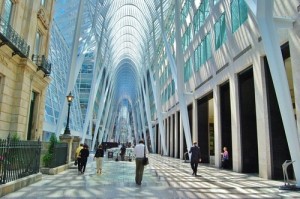 The private equity and finance group of Toronto-based Brookfield Asset Management Inc. has wrapped up a new partnership ear-marked for mid-market turnarounds and other special situations, peHUB Canada has learned.

Brookfield wrapped up Brookfield Capital Partners III LP at US$1 billion a few months ago, according to Joe Freedman, one of the group’s senior managing partners. It’s largely an institutional set of backers, and for the first time including European public pensions and insurance companies, Freedman said. Brookfield itself accounted for about one-quarter of the tally.

Over the last decade, Brookfield has transitioned from managing its own money to managing money both for itself and for outside investors. The private equity group led the way, Freedman said, raising partnerships in 2001 – the C$417 million Brookfield Capital Partners I LP (formerly known as Tricap Restructuring Fund) – and again in 2006 – the C$1 billion Brookfield Capital Partners II LP. The group’s history of private-equity investing and bridge financing stretches back 30 years and encompasses more than US$10 billion deployed in over 100 deals.

Needless to say, you can’t raise sums like that without a solid track record. Freedman pegs the gross returns of the fully realized first fund at a 2X and 30 percent IRR. The second pool has so far returned “substantially all” investor capital, largely through two realizations and cash-flow dividends, according to a spokeswoman.

Companies which have been backed by the firm include Vancouver-based Ainsworth Lumber Co., Gatineau, Québec-based Concert Industries Ltd. (which was acquired by Glatfelter in 2010) and Longview, Wisconsin-based Longview Fibre Paper & Packaging Inc., which Freedman described as a particularly successful corporate carve-out. The firm is also known for facilitating the restructuring plan of Stelco Inc. of Hamilton, Ontario, which was bought by U.S. Steel Corp. in 2007 for US$1.1 billion.

The firm, which has about 26 investment professionals, including seven with extensive operational expertise, tends to invest US$100 million to US$300 million at a time, although with co-investment capital it can sponsor deals far larger. The latest fund has a four-year investment period, suggesting a pace of two to three deals per year. Its holding periods tend to run three to five years.

While the firm plans no dramatic changes in strategy, it does plan to place more emphasis with its newest fund on consolidations of companies in industries that are out of favor, according to Freedman.

A good example is Ember Resources Inc. of Calgary, which the firm took private for C$125 million in 2011 in partnership with ARC Financial Group, and with the participation of KERN Partners and some members of company management. The acquisition was timely for Ember, a coal-bed methane business which produces natural gas at a relatively low cost, as credit had dried up and several of its key shareholders wanted to cash out. On top of its original US$50 million equity investment, Brookfield has invested another US$20 million to help finance a couple of small add-on acquisitions; over time the firm is likely to invest up to US$100 million in the consolidation.

Natural gas and power generation are areas that Freedman says are ripe for similar investments in the months ahead. He also pointed to mining and building materials. Such markets often find themselves on the short end of investor sentiment. A lot of “quick sources” of capital, like high-yield, can quickly become unavailable, said Freedman.