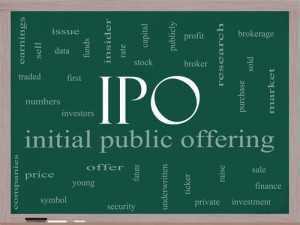 In their latest report on the long-term ills affecting the IPO markets, David Weild and his co-authors laser lock on market structure and persuasively argue in a series of Grant Thornton white papers that increasing “tick” sizes will restore capital formation, jobs and investor confidence.  Tick sizes?  Yes, they’re talking about tick sizes (i.e., the minimum increment in which a stock can trade) and they’re right.  In fact, the authors have so precisely pinpointed the underlying causes of the dramatic decline in IPOs that it should serve as a wake-up call for anyone and everyone involved in the equity capital markets ecosystem.

But before we dive into the root causes of this IPO problem, let’s first revisit why IPOs or small cap stocks even matter.  Not so long ago (i.e., pre the dotcom era), sub $50 million IPOs comprised 80% of the overall IPO market.  And today, contrary to popular perception, the vast majority of all publicly traded stocks on the New York Stock Exchange and Nasdaq are either small-cap (defined as those with market cap under $2 billion) or micro-cap (under $500 million in market cap).  Consider:

In other words, roughly two out of every three companies listed on a U.S. stock exchange is a micro-cap company.

IPOs are crucially important because they lead directly to job growth.  Newly public companies are loaded with cash which they use to hire people and make investments in new plants and equipment (which in turn leads to more job creation).  But the number of public companies in the U.S. has been in a steady state of decline for the past 15 years.  According to the authors:  “The total number of U.S.-listed companies has shrunk every year since 1997—down 43.5% through year-end 2011—exceeding the number of new IPOs joining U.S. exchanges.  While 388 new listings per year are needed to maintain a steady number of listed companies, the U.S. has averaged only 128 IPOs per year since 2001.”

Now back to the causes of the decline in IPOs and the number of public companies.  News flash:  It wasn’t Sarbanes-Oxley (SOX).  Instead, the Grant Thornton authors have demonstrated conclusively in a series of previous white papers that the structural damage to the IPO market began with a series of SEC regulations (order handling rules in 1997; Regulation ATS in 1998) long before either the decimalization of stock trading in 2001, or the implementation of SOX in 2002.  Along the way, the advent of electronic trading caused a collapse in commissions at the same time that trading spreads were evaporating.  The net effect of these combined rule changes was the decimation of the economics of secondary sales and trading.  Weild describes this phenomenon as: “the ‘one-two punch’ of small tick sizes and the shift to electronic-order-book markets [that] precipitated secular decline in the U.S. stock markets.”

Weild neatly sums up the problem as follows:  “Today, in a world in which tick sizes have been decimalized and decimated, banks can ill afford to commit human and capital resources to what used to be the vast majority of IPOs in this country, i.e., those with proceeds less than $50 million.”  Wall Street has no economic incentive to staff up sales, trading and research desks to cover these small companies.    And while it’s popular to hate Wall Street, it’s the economy and our country that loses without a thriving market for public small business capital formation.  No profit for Wall Street means fewer small cap IPOs, which translates into less innovation and ultimately a stalled job creation engine.

The JOBS Act signed into law earlier this year provided a great kick start to revive the IPO market.  It reduced costs for emerging growth companies (defined as those under $1 billion in revenue, which represent 90% of all companies that go public) by deferring the auditor attestation of internal controls requirement under Section 404(b) of SOX for five years.  While the cost savings are important, they are dwarfed in comparison to the positive boost in psychology in the venture capital community.  After a decade of “why would any company want to go public?” mentality in Silicon Valley, we’re thankfully getting back to a mindset where the IPO is the ultimate end game.  And rightly so.

The JOBS Act also did a magnificent job of easing antiquated communications restrictions between issuers and investors.  We have previously argued that more work needs to be done on this front to modernize rules around the timing and dissemination of equity research surrounding IPOs (we’re in favor of immediate rather than 25-40 day quiet periods), but that’s a battle for another day.

Today’s call to action is to wake up the equity capital markets ecosystem by improving economic incentives to support small-cap stocks.  Among other recommendations, the authors argue persuasively for an end to the “one size fits all” market structure and forcefully advocate for giving issuers a choice in choosing their tick sizes.  No blue ribbon panels, working committees or study groups are required here.  Instead, start a pilot program to let issuers choose their own tick sizes.  The high frequency traders that benefit from tiny spreads in the most liquid, large-cap stocks would not be disadvantaged (or even care) if spreads increased to a nickel or dime for small- or micro-cap stocks.  Somewhat counter intuitively, long-term investors in smaller companies would actually benefit by larger trading spreads because Wall Street would then be incented to help these companies become widely held, actively traded and fully valued.  So experiment with different systems and sizes.  Let a free market operate for two to three years.  Then study the results.

If the results are encouraging, make issuer control over tick sizes permanent so that Wall Street can confidently make the long-term investment in sales, trading and research personnel necessary to fully support small- and micro-cap stocks.  A thriving and prosperous aftermarket for small-cap companies will break up the effective Goldman Sachs-Morgan Stanley IPO bookrunner duopoly and provide incentives for middle market investment banks to get back in the IPO game with vigor.  The end result will be more IPOs, more new companies, more stocks listed on U.S. exchanges, more innovation, and more job creation.  In short, a stronger economy and a stronger country.

Timothy J. Keating is the CEO of Keating Capital, Inc., a Greenwood Village, Colorado-based publicly traded Business Development Company that specializes in making pre-IPO investments. The opinions expressed in this article are his opinions and are not intended to be a solicitation to purchase or sell any security.