PE Hub
Home News and Analysis IPOs Does Anybody Know How Many Shares of Facebook Were Sold May 18?
Return to search
Scoops & Analysis 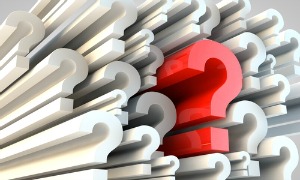 More than 420 million shares of Facebook were sold when the company went public May 18. That’s what peHUB sources say, I told Reuters Insider, and that’s what Sullivan & Worcester veteran lawyer Joe Bartlett said last week at Venture Forward, a gathering of angel and startup investors in New York City.

In fact, it is impossible to tell how many shares of Facebook were distributed when the company went public, because the secondary market transfer of shares between sellers and buyers made null some of the company’s lockup restrictions, the very same ones that hold its employees and VCs in their stock positions until mid-November. Some could sell; most could not.

PeHUB spent weeks kicking around the rumor that Bartlett publicly confirmed last Wednesday and had difficulty confirming it independently. Shortly after the IPO, sources—ones that typically were downright forthcoming with this publication in the past—clammed up at the mere mention of so-called extracurricular exits of Facebook shares.

“We’re buyers at any price,” one said at the time. Hindsight makes this phrase seem downright hilarious.

As Bartlett astutely put it before the Venture Forward audience: even at $28 a share, selling stock you bought at $6.25 is a fine bargain.

To be clear, no seller of Facebook stock violated any securities law. In fact, peHUB published a commentary piece shortly after Facebook’s IPO blaming the secondary markets—where, to date, the company’s stock value has peaked—for the shares’ public market demise. However, much like Twitter—another company that has struggled against secondary market trading to exert control over its shareholder base—Facebook’s failure to prepare for private gray market trades may be most at fault for its shares’ performance in the days immediately following its IPO.

In the future, investors may blanch at companies that have spent months, years even, having shares privately circulated and valuations jacked up on private exchanges—in part because it is also difficult to determine what, if any, effect this had on individual companies’ stock structure. But maybe, just maybe, among Morgan Stanley and Nasdaq and the venture capitalists, there are no villains. It could be possible secondary markets are not at fault. There is a chance, however slim, that Facebook’s stock performance to date can be chalked up to nothing more than a paperwork omission in its earliest stages.