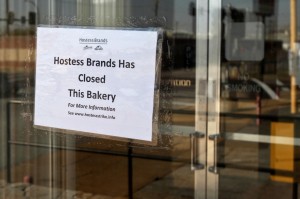 Who will save Hostess Brands?

That’s the question that’s been circulating among investors and media outlets. The 82-year old Hostess, which makes Twinkies, Ding Dongs, Ho Hos and Wonder Bread, is looking for a lifeline after filing with a U.S. bankruptcy court last week to go out of business. Hostess is firing more than 18,000 employees after a week-long strike by its baker’s union. Adding to the doom-and-gloom is a notice on the company’s website that says, “Hostess Brands is Closed.”

Some have speculated that private equity may come in and save Hostess. That’s unlikely, a PE source says. Hostess requires an extensive distribution network that would be difficult for a PE buyer to build, the executive says. “[Hostess] is a lot of heavy lifting,” the source says. ‘It’s a great brand though.”

LBO Wire is reporting that the capital intensive nature of the baking business, along with excess capacity in the industry and rising commodity prices, make Hostess a tough investment for a PE firm.

UPDATE: Sun Capital Partners want to buy Hostess, Fortune is reporting. “I think that we could offer a slightly better, more labor-friendly deal than what was on the table last week,” Marc Leder, Sun’s co-CEO told Fortune.

PE also hasn’t done the best job with Hostess. In 2009, Ripplewood Holdings, the private equity firm known for its investment in Long-Term Credit Bank of Japan, invested $130 million equity in Hostess for control of the Twinkies maker, according to Fortune. Ripplewood reportedly saddled Hostess with more than $700 million in debt after the takeover, brought in lenders such as Silver Point Capital and Monarch Alternative Capital, and failed to keep pace with shifting consumer tastes to healthier foods.

It’s more likely that a strategic would come in and save Hostess, sources say. Grupo Bimbo, ConAgra and Flowers Foods, as well as McKee Foods, could be interested in Hostess, according to press reports.

Gregory Rayburn, Hostess CEO, shot down any reports of Bimbo buy of Hostess. Rayburn told Bloomberg News that Bimbo has an agreement with the U.S. Justice Department to sell some Sara Lee brands to complete its buy of Sara Lee’s North American bakery business. “Due to antitrust, it would never happen,” Rayburn said in the story.