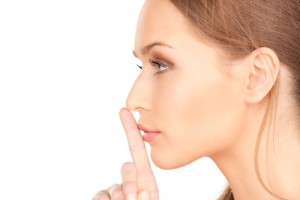 Attorneys and fund marketers predict that buyout shops, particularly those that market to wealthy investors, will take advantage of a proposed rule allowing them to advertise and talk to the press when soliciting investors for their private funds. But some also warn of downsides, such as the risk of raising your profile with federal and state regulators who will be watching carefully for any missteps.

Indeed, some state regulators wrote strongly-worded cautions in commenting on the Securities and Exchange Commission’s late August proposal lifting the ban on general solicitation and advertising during Rule 506(c) offerings. “Rule 506 offerings have been a frequent and steady source of investor complaints,” wrote Tung Chan, commissioner of securities for the state of Hawaii, while Monica J. Lindeen, commissioner of securities and insurance for the state of Montana, wrote that “Montana investors have lost in excess of $100 million in the past four years as the result of fraudulent Rule 506 offerings.”

In late August, responding to a mandate in the Jumpstart Our Business Startups Act, the SEC proposed a set of rules lifting the ban on general solicitation and advertising by buyout firms and others that rely on Rule 506 in Reg D of the Securities Act of 1933. Rule 506 provides an exemption to investment firms that, when raising money, wish to avoid the hassle and expense of registering their securities offering with the agency.

The proposed rule, 506(c), would let investment firms advertise or talk to the press about their offerings while fundraising; the catch is that they have to take “reasonable steps”—not spelled out by the commission in its proposal—to ensure that any investors in their funds, whether people or organizations, meet the definition of accredited investor. For people to qualify as accredited, they must have an individual net worth (or combined net worth with spouse) of $1 million, excluding value of a primary residence; alternatively the person must have earned more than $200,000 (or combined $300,000 with spouse) in each of the proceeding two years and have an expectation of doing at least as well in the current year.

Noteworthy is that the SEC preserved Rule 506 (b), under which firms can continue to raise money without engaging in a general solicitation or advertising. Advantages for those going this route include not having to take extra steps to verify that investors are accredited; the rule also lets firms raise money from non-accredited investors that meet so-called “sophistication requirements.”

The below bullet points summarize some of the cautions delivered and advice given by speakers during a Dow Jones-hosted online seminar on the proposed Rule 506(c) held on Nov. 16.

* It won’t necessarily be enough to have investors vouch for themselves as accredited. “So there’s additional work that the general partner or some other person that they hire is going to have to do,” said Tom Beaudoin, partner at law firm Goodwin Procter LLP. In its proposal the SEC suggests that the broader the solicitation (such as through a “widely disseminated e-mail or social media solicitation”) the more steps firms would have to take to ensure investors are accredited.

* Some foreign countries may have securities registrations requirements that get tripped by fund advertisements or a related general solicitation, according to Beaudoin. “You really have to do a country by country analysis.”

* Firms that raise money through 506(c) may lose previously available exemptions to notifying certain state regulators that they plan to sell securities inside their borders, according to Beaudoin. And, in notifying the states, you may be inviting them to take a closer look at your offering.

So when are we likely to get new rules? The JOBS Act gave the SEC until early July to issue amend Rule 506, a deadline that the agency has already missed. At the time it issued the proposal the SEC said it would solicit comments for 30 days. “Shortly thereafter,” it said it would review the comments and “determine whether to adopt the proposed rules.”

Since then, at least two of the five commissioners have expressed misgivings about the proposal, according to sister news service Reuters. Both said the agency needs to consider additional safeguards to protect investors from harm that could result from lifting the ban on general solicitation and advertising; one, Luis Aguilar, went to so far as to say the SEC should throw out the proposal and start again. Several state regulators have also suggested fortifying the proposed rule. Ideas include having the SEC spell out what steps investment firms need to take to verify investors as accredited and requiring that firms submit Form Ds to indicate plans to advertise.