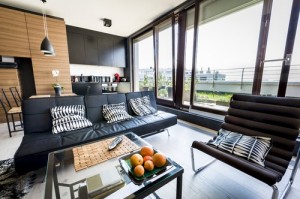 Mr. Goldstein was CEO of Abaqus, a provider of computer aided engineering software, until its acquisition by Dassault Systèmes (ENXTPA:DSY).  Following the acquisition, Mr. Goldstein continued as CEO of Dassault Systèmes SIMULA (fka Abaqus).  He also served as Executive Vice President and a member of the Global Executive Management committee of Dassault Systèmes, responsible for various strategic growth and business development initiatives.  During his seven year leadership of Abaqus and SIMULIA, Mr. Goldstein transformed the business into a mainstream simulation software provider and tripled revenue over that period.  Prior to joining Abaqus, Mr. Goldstein was with Structural Research Dynamics Corporation (nka Siemens PLM) for 23 years, rising to Vice President of the Products Group, with responsibility for 800 professionals.

Mr. Goldstein commented, “I’m delighted to join the company that has been so instrumental in transforming the entire interior design and furniture industry, and frankly thrilled with the opportunity to guide its next steps.  20-20’s solutions are solidly embedded in the operations of our customers, addressing the entire supply chain of the industry. We have a formidable base from which we will deliver progressive innovation and greater connectivity across consumers, retailers, and manufacturers.”

Aalok Jain, a Principal at Vector Capital and member of 20-20’s board of directors said, “Mark is a proven enterprise software executive with a strong track record of both strategic and operational leadership to build sustainable value.  We are confident that his customer-focused approach and deep product experience will allow 20-20 to deliver innovative, vertically integrated solutions to the industry. We are excited to welcome Mark as CEO of 20-20.”

Mr. Goldstein holds a bachelor’s degree in engineering mechanics and a master’s degree in mechanical engineering from the University of Cincinnati.  He is also a graduate of the AEA/Stanford Executive Institute.

To learn more about Mark Goldstein visit the company’s executive team bios section of our website.

About 20-20 Technologies Inc.
20-20 Technologies is the world’s leading provider of computer-aided design, business and manufacturing software tailored for the interior design and furniture industries. It provides a bridge for data communication from the point-of sale to manufacturing, including computer-aided engineering and plant floor automation software. 20-20’s software platform can be employed across all environments including desktop, mobile and web. 20-20 operates in eleven countries with more than 400 employees and an extensive network of partners worldwide. For more information, visit www.2020technologies.com.

About Vector Capital
Vector Capital is a leading global investment firm specializing in the technology sector. Founded in 1997, Vector Capital has a highly focused investment strategy that emphasizes companies with a high degree of intellectual property that are in a state of transformation. Vector Capital manages over $2 billion in equity capital from a variety of investors, including university endowments, foundations, financial institutions, and family offices. Since inception, Vector Capital has made more than 35 investments in public and private companies with an aggregate value of more than $2.5 billion, across sectors including software, digital media, Internet services and industrial technology.  For more information, visit www.vectorcapital.com.