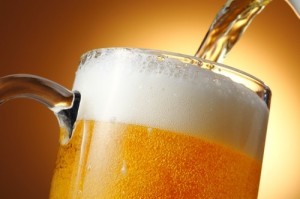 Les Brasseurs du Nord, maker of Boréale beer, is partnering with the Fonds de solidarité FTQ to ensure the 25-year-old micro-brewery’s future. The announcement was made to the employees by company founders Laura Urtnowski, Bernard Morin and Jean Morin, along with the Fonds’ representatives.

“Bernard, Jean and I are proud of what we’ve built and what our employees have accomplished over the last 25 years. We therefore wanted to find a partner that would not only ensure the company’s future but its growth as well,” said Laura Urtnowski. “With the Fonds de solidarité FTQ, we found that partner. The Fonds is an ally that shares our values and that will help us protect jobs, the environment and Boréale’s heart and soul, all the while keeping the company in Quebec hands.”

“Business succession will be one of Québec’s big economic challenges going forward,” continued Normand Chouinard, the Fonds’ head of investments. “The Fonds has been tackling this issue since 1997 and today we’re happy to help Les Brasseurs du Nord remain in local hands while it prepares to hand over the reins. By partnering with the Fonds, Laura, Bernard and Jean show that they understand the importance of properly preparing for this transition in order to ensure the future of this successful Québec company.”

Mr. Chouinard, was quick to reassure Boréale’s loyal customers: “The Fonds de solidarité FTQ has no intention of tampering with a formula that has made Boréale a household name in Québec and its white bear recognized in all corners of the province.”

As part of the deal, the Fonds de solidarité FTQ becomes the majority shareholder of Les Brasseurs du Nord, Jacques Sirois takes over the helm, and Daniel Tremblay chairs the Board of Directors set up to oversee the company’s growth and change of ownership.

Created in 1983, the Fonds de solidarité FTQ has been driving the Québec economy for 30 years. With net assets of $8.8 billion as at November 30, 2012, the Fonds is a development capital fund that channels the savings of Quebecers into investments in all sectors of the economy to help create and maintain jobs and further Québec’s development. The Fonds is a partner, either directly or through its network members, in more than 2,000 companies. With over 600,000 owner-shareholders, the organization has helped create, maintain or protect almost 170,000 jobs. For more information, visit www.fondsftq.com.

Founded by Laura Urtnowski, Bernard Morin and Jean Morin in 1987, the company’s mission is to offer Québec beer drinkers all-natural, good-tasting and superior quality beer. Les Brasseurs du Nord is an environmentally-conscious micro-brewery that has earned several awards for its ecological approach. To learn more about Les Brasseurs du Nord, visit our new Web site, launched on the occasion of our 25th anniversary. www.boreale.com.

For further information:
for journalists only: