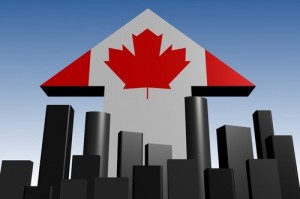 Let me make you an offer you probably won’t refuse: I will give you a 600:1 payout on a bet. Will you take it? To be fair, I have to tell you more about it – the bet involves a minimum size bid of maybe a couple of hundred thousand dollars and a ten-year horizon before you know the result.

That’s the kind of bet Canada made on my good friend and Queen’s University classmate, Mike Serbinis. And, in my view, Canada won big time.

I had the honor of sitting down and interviewing Mike at September’s Accelerate Toronto event as part of a C100 push to celebrate Canadian technology success stories. Here is the Cliff Notes version of his story.

Born in Hamilton, Ontario, Mike from an early age was passionate about science. His win in a competition at the Intel International Science & Engineering Fair gave him the opportunity to work with NASA, Rockwell and then head to Queen’s to study physics and engineering. From there, a fortuitous meeting with Ken Nickerson, CEO of private investment and R&D firm iBinary LLD, who at the time was working at Microsoft, opened the doors for Mike to work for that company and meet the legendary Bill Gates.

After university, Mike bucked the opportunity of taking a permanent Microsoft position in favor of starting Zip2 with friends in Silicon Valley in 1995. Zip2 was one of the original internet search companies, acquired by Compaq for over US$300 million in 1999. It was the first of many enterprises associated with Mike that ended up being sold for megabucks.

After Zip2, Mike co-founded DocSpace, an e-mail routing company that was acquired by CriticalPath for US$580 million in 2000. At the time, the business handled most of the world’s email. Coming back to Canada, Mike then headed to the country’s largest bookseller, Chapters- Indigo. True story! Mike – serial entrepreneur – became the company’s CTO, and developed a plan in 2008 to make digital content available to millions of Canadians.

The result was a new venture called Shortcovers, which Mike quickly realized was not designed to be strictly Canadian-focused. So he spun it out and founded Kobo in 2009. The Toronto-based Kobo grew rapidly. Instead of generating sales of around US$10 million in its first year, as expected by Kobo’s investors, the startup instead generated US$110 million. Its success attracted the attention of Japan’s largest e-commerce company, Rakuten, which acquired Kobo last year for US$315 million.

When you hear the C100 talk about finding ways to build billion-dollar tech companies in Canada, think Kobo. Mike, who remains the company’s CEO, has worked with his team to build a business that’ll soon reach a billion in sales – all in less than four years.

Kobo was not built to be a great Canadian technology company – it was built to be a world-class technology company. And it is. Kobo today has 16 million readers in 190 countries, and features one of the largest e-reading catalogues with over 3.5 million eBook, newspaper and magazine titles. And Mike and his team are not stopping there.

The payout to Canada for betting on Mike’s departure to live and work in Silicon Valley for a few years is 600 high-paying Kobo jobs in downtown Toronto. I expect his activity has also helped create at least 25 new angel investors, and at least a few hundred future technology company founders. So Canada has won big on its early investment in him.

Mike also continues to give in other ways – for example, in early 2013 he and Ken Nickerson joined the advisory board of Canadian venture capital firm OMERS Ventures.

I believe Mike is a true icon of Canadian entrepreneurship and innovation. I’m happy to raise a glass in his honor and I hope you will join me.

So it appears that the odds in this global tech casino might be stacked in Canada’s favor. By the way, if you are inclined to bet, here are a few more Canadian entrepreneurs who did a tour in the U.S., and who I believe are likely to bring home big wins: Kenshi Arasaki, Wilkins Chung and Eric Diep (The Thinking Ape), Razor Suleman (Achievers), and Dan Martell (Clarity). I should also mention Kiip‘s Brian Wong, who has started hiring Vancouver employees for his San Francisco-based company. The list goes on.