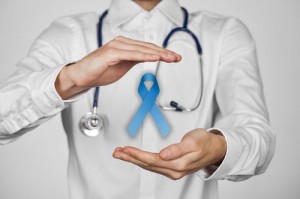 Canadian private equity firm DRI Capital has bought a portion of a royalty entitlement relating to the sales of Zytiga, a prostate cancer therapy. No financial terms were released. The seller in the deal was The Institute of Cancer Research, a London-based cancer research organisation, which is also entitled to a milestone payment if certain conditions are met. Zytiga is marketed by Johnson & Johnson. It reported the drug’s global sales to be US$2.2 billion in 2015. Toronto-based DRI is currently investing from its third healthcare royalty fund, Drug Royalty III, which raised US$1.45 billion in 2013.

The Institute of Cancer Research, London Sells a Portion of Its Royalty Entitlement Relating to Sales of Johnson & Johnson’s Zytiga® to Dri Capital Managed Fund

NEW YORK & TORONTO & TOKYO–(BUSINESS WIRE)–The Institute of Cancer Research, London, and DRI Capital (DRI) announced today that Drug Royalty III, a private equity fund managed by DRI, has purchased a portion of The Institute of Cancer Research’s (ICR’s) royalty entitlement relating to sales of Zytiga (abiraterone) for an undisclosed sum. The ICR is also entitled to receive a milestone payment if certain conditions are met. Zytiga is a prescription medicine that is used along with prednisone to treat men with late-stage metastatic prostate cancer. Zytiga is marketed by Johnson & Johnson worldwide, which reported worldwide Zytiga sales of U.S. $2.2 billion for 2015.

Pioneering research carried out at the ICR and funded in part by Cancer Research UK, followed by further development conducted by BTG plc and Johnson & Johnson, culminated in the approval of Zytiga as a first-in class, second generation androgen deprivation therapy to treat metastatic castration-resistant prostate cancer. “The ICR is recognised as one of the world’s most influential cancer research organisations,” said Professor Paul Workman, Chief Executive of The Institute of Cancer Research, London. “This arrangement effectively gives the ICR advanced access to royalties we were expecting over the coming years through the discovery of abiraterone, allowing us to invest the money in our research and facilities. We also benefit by reducing the level of risk associated with this major income stream, giving us enhanced confidence in our financial planning.”

“Through a unique structure, our fund Drug Royalty III has acquired a portion of the ICR’s royalty entitlement relating to the ex-US sales of Zytiga, a revolutionary prostate cancer drug,” said Craig Shepherd, a Managing Director with DRI. “DRI has been a global leader in working creatively with academic pharmaceutical royalty recipients and this important deal with the team at the ICR reinforces that. It’s satisfying to know the proceeds of this transaction will be used by the ICR to help fund new innovation in cancer research.”

DRI is a pioneer and global leader in healthcare royalty investing and has completed more than 60 transactions with large global pharmaceutical companies, biotechnology companies, universities, research institutes, academic hospitals, and individual inventors located around the world. Founded in 1992 as Drug Royalty Corporation, DRI is currently investing its third fund, Drug Royalty III, with U.S. $1.45B of equity commitments from a global pool of institutional investors. This follows the successful raise in 2010 of U.S. $926 million of capital commitments for Drug Royalty II (U.S. $701M in equity for Drug Royalty II and U.S. $225M in equity for Drug Royalty II Co-Investment Fund), and the U.S. $800M raised in 2006 for Drug Royalty I (U.S. $240M in equity and U.S. $560M in debt). Headquartered in Toronto, DRI is a fully-integrated team of 30 investment professionals with deep life sciences industry expertise drawn from a variety of disciplines. For more information on DRI, please visit www.dricapital.com or contact M. Craig Shepherd, Managing Director (cs@dricapital.com; 416.324.5716).

About The Institute of Cancer Research, London

The Institute of Cancer Research (ICR) is one of the world’s most influential cancer research organisations.

The ICR has an outstanding record of achievement dating back more than 100 years. It provided the first convincing evidence that DNA damage is the basic cause of cancer, laying the foundation for the now universally accepted idea that cancer is a genetic disease. Today it is a world leader at isolating cancer-related genes and discovering new targeted drugs for personalised cancer treatment.

Through its unique partnership with The Royal Marsden Hospital and ‘bench-to-bedside’ approach, the ICR is able to create and deliver results in a way that other institutions cannot. Together, the two organisations are rated in the top four cancer centres globally.

As a college of the University of London, the ICR provides postgraduate higher education of international distinction. It has charitable status and relies on support from partner organisations, charities and the general public.

The ICR’s mission is to make the discoveries that defeat cancer.