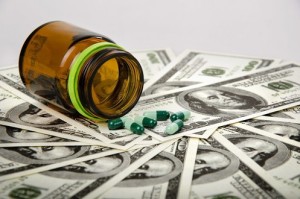 DRI Capital, a Canadian private equity firm specializing in monetizing royalties it purchases from pharmaceutical and biotechnology companies and others, completed over C$600 million in deals in 2012. Among the firm’s disclosed transactions was the September 2012 acquisition of BENLYSTA royalty rights from Weston, Mass.-based Biogen Idec Ltd. DRI Capital, which celebrates its 20th anniversary in 2013, raised its last partnership, Drug Royalty Fund II, totaling C$700 million, in 2010.

TORONTO, Jan. 6, 2013 – DRI Capital (“DRI”), a pioneer in the global field of pharmaceutical royalty monetization, is pleased to announce the completion of over $600 million in transactions for 2012. Formerly known as Drug Royalty Corporation, DRI is celebrating its 20th anniversary in 2013. As the original firm to monetize pharmaceutical royalties, DRI and its managed funds have been instrumental in helping to create the robust and liquid market for the recipients of royalties on healthcare related products that exists today.

2012 marked a banner year for DRI with its Drug Royalty II and managed funds committing over $600 million while purchasing six individual royalty entitlements,each on medically necessary, market leading products. In 2012 DRI’s funds continued to lead the evolution of royalty monetization by completing the first ARTS™ structured investment. This novel structure innovated by DRI enables life sciences companies to accelerate payments by selling their long-term royalty and related rights in exchange for larger payments over a shorter period.

“Over the past 20 years it has been a privilege to work with some of the world’s leading academic institutions, pharmaceutical & biotechnology companies and individual inventors. We value the many relationships we have formed in the life sciences community over the years and are excited to see the proceeds of these transactions continue to advance science,” said Behzad Khosrowshahi , President and CEO of DRI. “We saw our most robust year in 2012 in terms of capital allocated, and our managed funds will continue to provide capital to royalty recipients. Based on our current pipeline and what we are seeing in the market today, we believe 2013 will be another groundbreaking year.”

DRI will be attending the J.P. Morgan Healthcare Conference from January 7th to 10th, 2013 and the AUTM Annual Meeting from February 27th to March 2nd, 2013.

Based in Toronto, Canada, DRI Capital Inc. (formerly Drug Royalty Corporation Inc.) is a life sciences industry-focused investment management firm with approximately US$2 billion under management that acquires royalties from universities, inventors, research institutes and pharmaceutical and biotechnology companies. DRI Capital-managed funds have completed 20 royalty transactions over the past two and a half years. Royalties recently acquired by DRI Capital’s managed funds include those on Johnson and Johnson’s REMICADE®, Amgen and Pfizer’s ENBREL® and Biogen Idec and Elan’s TYSABRI®. Additional information about DRI Capital is available at www.dricapital.com.