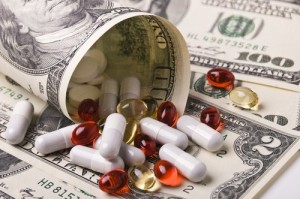 DRI Capital, a Canadian private equity firm which invests in healthcare royalties, has raised US$1.45 billion in the final close of its third partnership, Drug Royalty III. Capital commitments surpassed Fund III’s target, as well as the US$926 million raised by Drug Royalty II in 2010. Along with available debt, the firm’s latest partnership will give it US$3 billion of purchasing power to acquire royalties from pharmaceutical and biotechnology companies, research institutions, universities and inventors. The Toronto-based DRI, which celebrates its 20th anniversary this year, completed over $600 million in deals in 2012.

TORONTO & NEW YORK–(BUSINESSWIRE)– DRI Capital, a pioneer and global leader in the acquisition of healthcare royalties, today announced the final closing of its U.S. $1.45 billion Drug Royalty III private equity fund (the “Fund”). With available debt, the Fund gives DRI U.S. $3 billion of purchasing power. DRI will use the Fund to continue to execute on its strategy of acquiring royalties from global pharmaceutical and biotechnology companies, research institutions, universities, and inventors located worldwide.

Founded in 1992 as Drug Royalty Corporation, DRI Capital is the oldest and the largest healthcare royalty private equity fund manager in the world. DRI, through its Drug Royalty managed funds, has acquired more than forty international life sciences royalty streams on such leading products as Cubicin, Enbrel, Myozyme, Remicade, Sensipar, Soliris, Stelara, Simponi, Synagis, Tysabri and Xolair, among many others over its 21 year history.

Behzad Khosrowshahi, DRI President and CEO, said, “We are grateful for the commitment shown by investors, which include public and corporate pension plans, university endowments, charitable foundations, family offices and financial institutions located globally. We have a competitive cost of capital, and we look forward to investing in royalty streams on a variety of differentiated healthcare products over the next several years, including product candidates in Phase 3 of clinical development. We have a long track record of working with royalty holders to creatively structure transactions, and our team is excited to do more deals in the global life sciences community.”