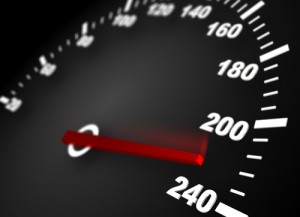 In 2010, Neuberger Berman, the big money manager spun out from the now-bankrupt Lehman Brothers, took a big gamble when it launched a new type of fund that would blur the lines between private equity and hedge funds by purchasing minority stakes in high performing hedge fund managers. More than two years later, the verdict is in: Dyal Capital Partners, as the fund is called, substantially exceeded its initial $1 billion fundraising target, closing with $1.3 billion in commitments.

The initial gamble was obvious: Just which portfolio bucket would such a fund fit in? Absolute return? Private equity? The answer, for many investors, was more often “either” than “neither.”

“We are excited to have such a high-quality group of institutional investors that partnered with us on an investment opportunity as unique as Dyal,” said Michael Rees, Dyal’s lead partner, in a statement. Rees was one of the Neuberger Berman executives who were previously responsible for managing Lehman’s hedge fund stakes.

Neuberger reported that the Dyal fund was able to attract more than 40 institutional investors to the fund, including sovereign wealth funds, endowments and pensions. Among the fund’s investors was the New Jersey Division of Investment, which committed $200 million to the fund in August 2012.

Dyal’s strategy is to buy minority equity stakes in 12 to 15 hedge fund firms that are diversified by strategy and geography. Most of the hedge funds selected will have between $1 billion and $6 billion in assets under management.

Because Dyal is a private equity fund, it stands to receive a share of the fees and carried interest that each hedge fund is able to earn from its own LPs. That makes Dyal quite different than a hedge fund of funds, where investors pay carry and management fees instead of receiving them. Also, because of the steady flow of annual management fees that Dyal is able to claim, the returns for the fund are likely to be more stable than most hedge funds of funds.

A source told Buyouts in late 2011 that the fund aimed to achieve 25 percent returns, and that annual fees would make up nearly half of Dyal’s overall revenues.

While the Dyal structure is unusual, it is not unique. Goldman Sachs & Co. established a $1 billion private equity fund, called Petershill Fund, which also bought minority stakes in hedge fund firms. Numerous news reports earlier this year said that Goldman Sachs was seeking to sell off the Petershill Fund, but no deal has apparently been announced. Petershill was based out of Goldman’s London office.

For Neuberger Berman, Dyal is a just a small part of the $202 billion in assets that the firm manages. Besides Dyal, Neuberger also oversees a $4 billion business in hedge fund of funds.