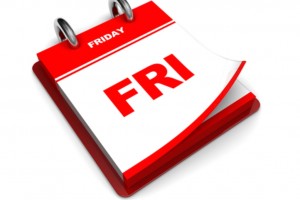 Hope your week went well. What’s the big news on your end?

Stakes: EagleTree Capital is an interesting firm that, at least from my perspective, has flown under the radar. This week the firm announced structured financing from AlpInvest Partners and Alberta Teachers’ Retirement Fund and a strategic minority investment from family office Misland Capital and investment firm Bullingham Capital.

EagleTree will use the financing to increase its commitment to EagleTree Partners V, making the firm and its employees the largest investors in the fund. The strategic minority investment, as has become routine for this type of transaction, is a passive, non-voting stake in the firm. EagleTree will use the proceeds for growth initiatives in the future. Check out our news brief here.

EagleTree’s co-managing partners, Anup Bagaria and George Majoros, said in a statement the investors all worked with the firm in the past.

Fund V has been targeting $1.1 billion since last year, according to a Form D fundraising documents filed in January and March 2019.

The senior partners in 2015 then formed EagleTree Capital, which was formerly known as WP Capital Management. EagleTree invests from EagleTree Partners IV, which raised $790 million.

Food: We have a superfoods deal this week. Encore Consumer Capital-backed Ancient Harvest, which it acquired in 2012, made its first add-on with its acquisition of gluten-free products maker Pamela’s. Ancient Harvest is said to be one of the pioneers of putting quinoa on the menu of mainstream America.

Top Scoops
KKR & Co plans to use capital from its just-raised tech growth fund to find companies outside traditional tech hubs like Silicon Valley and Boston, Dave Welsh, partner and head of technology growth equity at KKR, told Milana Vinn on PE Hub. Check it out.

Los Angeles City Employees’ Retirement System’s private equity consultant gave the pension’s board details at its recent meeting about which of its private equity assets may be best suited for selling on the secondary market, writes Justin Mitchell on Buyouts. Read it here.

Have a great weekend! Hit me up with tips n’ gossip, trends, feedback or whatever at cwitkowsky@buyoutsinsider.com, on Twitter or find me on LinkedIn.