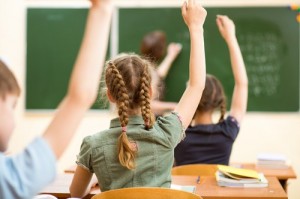 It perhaps takes a university professor with tech savvy to invent an online company that helps teachers to grade students better.

That description fits James Colliander, a math professor at the University of Toronto, who after 22 years of academic life, became co-founder and CEO of Crowdmark – a Web-based app that cuts the time instructors spend grading exams and papers.

The technology might be catching on. in June, Crowdmark received seed funding to advance product testing. And it may next be on the cusp of scoring a Series A round.

In an interview with peHUB Canada, Colliander says Crowdmark’s inspiration came from the “logistical nightmare” of grading the 2011 Canadian Open Mathematics Challenge (COMC). Participating in the event, he says volunteers were overwhelmed by the task of using red pens to assess over 70,000 pages of handwritten math papers. That gave him the idea of a product that could simplify teacher workflow, and in the process save educators millions of dollars.

Crowdmark was last year launched through the accelerator program of University of Toronto Early Stage Technology (UTEST) with two co-founders – Colliander and CTO Martin Muñoz, a graduate student who spearheaded development of the company’s software prototype. Daringly, the duo conducted their first pilot project at the large-scale 2012 COMC. The result was grading in half the time compared to 2011. 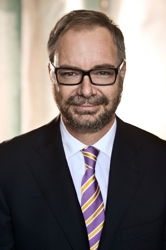 Colliander says Crowdmark is part of a recent “rising tide” of ed-tech startups in North America. He believes the trend’s “most visible inflection point” happened in 2012 with the launch of Mountain View, Calif.-based Coursera, an online learning provider that has raised a total of US$62.7 million from Kleiner Perkins Caufield & Byers, New Enterprise Associates (NEA) and other investors.

Canada’s trailblazers include Waterloo e-learning solutions platform Desire2Learn, which last year secured $80 million from NEA and OMERS Ventures, and mobile education app Top Hat, which has been funded over the past two year by Emergence Capital Partners, iNovia Capital, Golden Venture Partners, SoftTech VC, Version One Ventures and others. In fact, Canada might have a comparative advantage in the space, says Colliander. By way of evidence, he points to the 150-strong cluster of Toronto ed-tech startups identified by MaRS Discovery District.

Colliander believes startups are bringing disruptive change to the traditional brick-and-mortar education model. The result, he believes, will be “more expectation of greater interactivity” in learning environments and a thousand-fold increase in opportunities. This will prompt still higher levels of innovation.

The global market targeted by Crowdmark is valued at more than $60 billion, says Colliander – an estimate based on the hours put into grading by 28 million teachers worldwide. For this market, the company’s cost-saving potential may be its primary allure. Colliander also emphasizes Crowdmark’s ability to boost educational collaborations and deeper assessments of student performance. He also envisions an array of business applications – in occupational training, for example, and as mechanism for “granular matching” of skills with the HR requirements of employers.

Colliander believes Crowdmark will one day be a billion-dollar concern. And while it can “monetize quickly,” he argues the value of its current beta deployment, which is engaging teachers and other first adopters “from Scandinavia to Singapore.” Their input, which continues to rank the platform highly, allows for further tweaks to product design and strategy. Crowdmark has partnered with a Montréal-based startup Lime Foundry, a specialist in multilingual communications and content creation, to extend its international reach and engagement.

Colliander anticipates more seed-stage funding in the months ahead. He’s also currently in discussions with Silicon Valley-based and other U.S. venture firms about a possible Series A financing before the end of the year or in early 2014. We’ll be watching.

Photo of children and classroom courtesy of Shutterstock.