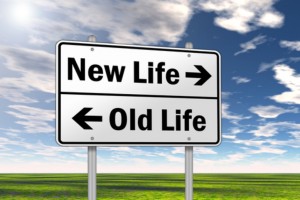 Canadian firm EdgeStone Capital Partners is restructuring two funds to give existing investors the option of cashing out or rolling their interests into a new vehicle, according to three people with knowledge of the situation.

The deal is valued around $300 million, one of the people said. UBS is running the process, according to two of the people, both of whom are secondary market professionals.

EdgeStone, which changed its name from NB Capital Partners in 2001, did not return a call for comment. The firm had been affiliated with National Bank Financial, a subsidiary of the National Bank of Canada, but went private in 2001. EdgeStone focuses on mid-market investments in light manufacturing, business and consumer services with a focus on Canada.

EdgeStone plans to create a new vehicle to house seven remaining portfolio companies in the two funds, EdgeStone Capital Equity Fund II and EdgeStone Capital Equity Fund III. LPs will have to option either to be bought out and exit the funds or to roll over their interests into the new vehicle, one of the people said. The GP will continue to manage the assets, the person said. The newly capitalized vehicle will make mostly follow-on investments, the person said. It is not clear if EdgeStone has plans to raise a new fund.

EdgeStone is led by partners Samuel Duboc, Gilbert Palter, Stephen Marshall and Sarah Goel, according to the website.

A few of the firm’s funds have gone through turmoil over the years. LPs approved early termination of the investment period on Fund III effective March 31, 2011, as well as reducing management fees and placing restrictions on new portfolio investments, according to a public report from Canadian financial services firm GMP Capital Trust, which acquired EdgeStone in 2006.

GMP reported in 2009 that limited partners in EdgeStone’s energy fund approved terminating the fund’s investment period. The firm planned to return all fees and expenses paid by LPs during fiscal 2009, according to the 2009 report.

GMP entered “arrangements” at the end of 2011 with EdgeStone’s former senior officers under which the EdgeStone executives re-assumed overall management of the private equity business after having stepped back into consulting roles. GMP retained LP stakes in Fund III and the energy fund, according to the GMP quarterly report.

It is not clear if GMP is still an owner of the business, but the company continues to hold LP stakes in Fund III and the energy fund, according to Rocco Colella, director, investor relations at GMP Capital.

GP restructurings have increasingly become a way for LPs stuck in aging funds to cash out their interests, and for GPs running those funds to find new life. Restructurings are part of the flood of deals in the private equity secondary market that is driving what could be record levels of activity. Secondaries intermediary Cogent Partners said in its first half 2014 pricing report about $16 billion of deal volume transacted on the market in the first half. Cogent forecast more than $30 billion in deals this year.