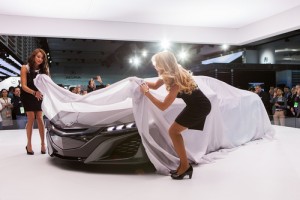 The California Public Employees’ Retirement System released its long-awaited study of how much it paid private equity managers in carried interest over the years.

The results were less than alarming: The numbers show CalPERS paid $3.4 billion to all active managers since 1990 and collected $24.2 billion in realized net profits during that time.

(CalPERS only calculated the amount of carry it paid to active managers, excluding all the funds that are no longer in the portfolio due to exit, liquidation, secondary sales and so forth.)

CalPERS is well known for negotiating sweet economics on its commitments because it can cut huge checks to GPs. This strategy appears to be paying off. Despite mainstream-media handwringing at the amount the system has paid “Wall Street” GPs over the years, the study seemed to show private equity is working the way it is supposed to for CalPERS. Yes, private equity is expensive, but it’s also brought in a ton of profits to the retirement system: The bigger the carry bill, the better a fund is performing.

More concerning to me was CalPERS’ recent sale of a $2 billion portfolio of real estate fund interests to Blackstone Group. The sale was run by Park Hill Group, Blackstone’s former placement agency.

CalPERS said the sale process was overseen by two independent “fiduciaries” who oversaw the bidding process and scrutinized the winning bid. A CalPERS spokesman declined to name the fiduciaries.

“Park Hill was selected for their track record and ability to execute a sale of this size,” CalPERS spokesman Joe DeAnda told me.

The problem here is one of perception. The portfolio was sold to Blackstone in a sale run by a former Blackstone unit. Consider this as well: CalPERS has billions of dollars committed to Blackstone through various funds. The amount of interconnectedness involved in this deal is staggering — it’s like wheels within wheels.

Other points of concern pointed out to me by sources in the market: The winning bidder, Blackstone’s secondary group Strategic Partners, didn’t actually have the money to buy the portfolio. The group is in the market raising its next real estate secondary fund, but didn’t have enough dry powder on hand to make the deal happen. The firm worked with co-investors to meet the cost, a person with knowledge of the deal told me. As well, the deal included a “deferred payment” provision that is kind of like the old layaway program at Sears. The buyer doesn’t have to pay in full up front, but gets some period of time to fund the deal.

This kind of interconnectedness is probably tough to avoid in a smallish market like private equity, where a big LP like CalPERS wants to work with the best. There are only a handful of firms that can service an institution the size of CalPERS and boast a consistently strong track record.

I’m not saying CalPERS didn’t get the best price it could have for the real estate portfolio. It is a matter of perception. Why not find a way to avoid this scenario completely?